Richard Alfred Dunn, aged 32, joined the army at Dubbo Depot where he trained for one month and then was transferred to 3rd Battalion at Liverpool on 20/7/1916 where he had 3 weeks in sick bay. He took the Oath of Allegiance at the Sydney Sports Ground in 1916. He would have been pleased as he was closest to his boyhood home and birthplace of Watsons Bay.

He was the 2nd last son of Frederick Thomas Dunn and his wife, Theresa Ann Humphries, had the distinction of being the first white baby born in Watsons Bay. There were 10 children of the marriage. Richard Alfred Dunn was a fisherman, married to Eulila Molloy of Wagga Wagga in 1908. Their only daughter Marie was born in 1909 and was only 7 when she waved her soldier dad off. She would never see him again.

Richard Alfred left on the greatest adventure, so he thought. He left on the Ceramic on 7th October 1916, arriving at Plymouth on 21st November 1916. He was posted to Larkhill, a UK training battalion in preparation for his journey to join the fighting in France. He arrived in Étaples and departed on the SS Victoria Folkstone, U.K. He was taken on strength on 16 February 1917 to the 3rd Battalion. On the 1st September 1917 he was taken to the 2nd Army Rest Camp and from there, one week later, detached for duty with the CRE 1st Australian Division to Belgium.

On the 6th October 1917 he was reported as "missing in Belgium". On the 27th October it was noted that he was previously reported missing and now reported "Killed in Action" as there was an eyewitness account. A Private Murray stated that he was killed after the attack on Passchendaele and buried where he fell about 10 in the morn. Many anxious letters to the army HQ from his wife were really to no avail. He received the Memorial plaque and Scroll, the 1914-15 Star, the British war Medal and the Victory Medal. No comfort for the widow in a name on a scroll, nor to his youngest brother Charles Ernest Dunn whose personality changed to a very serious man who rarely laughed with his grandchildren.

My father born 3 years after his death carried his name Richard Alfred (Dick Dunn) to become a huge East's football star of the 30's and 40's and triumphed on the same ground that Richard Alfred the soldier had enlisted. His daughter, Marie, under dire circumstances during the depression with no jobs had a calling and became a Sister of Mercy, Sister Mary Thaddeus who died in 1994. Eulila Molloy, along with her sister-in-law Polly Dunn, ran the local Watsons Bay cake shop until she passed away - always loving remembering her soldier husband and living in the same house as he was born in Clovelly St., Watsons Bay.

The family forever more lamented the loss of the cheeky lad from Watsons Bay. He is mentioned on the Roll of Honour on the Ypres (Menin Gate) Memorial in Belgium and my granddaughter Courtney placed 2 red poppies on his name during a school trip. Never to be forgotten even 4 generations later. Unfortunately only a photo of him as a lad survives. His nephew who knew him, Billy Dunn, still lives at Watsons Bay and will be 100 on Boxing Day 2014. What memories of the past 100 years he must have and especially those of his uncle Richard Alfred Dunn going off to war. 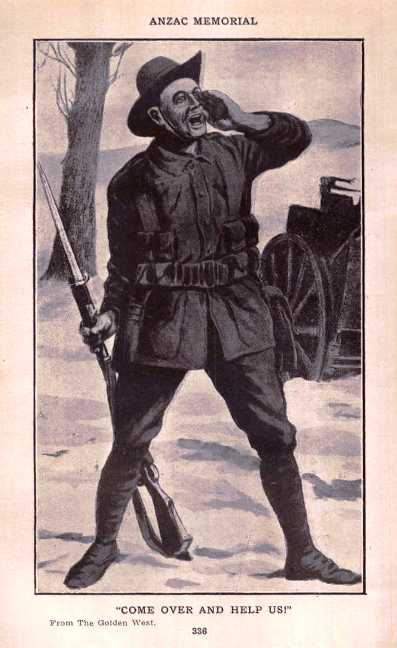