First meeting of the Council 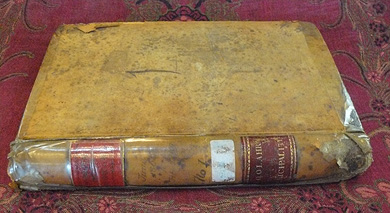 On 6 June 1860, one week after the successful candidates were announced in the first poll of Woollahra electors, seven of the nine newly endorsed representatives held the first meeting of Woollahra Council.  This gathering, in the city offices of the solicitor Councillor Richard Holdsworth, represents the beginnings of municipal administration in our area, and the minutes, handwritten on page 1 of the first velum-bound minute book, still survive in the archives of council.

The councillor voted to the chair for the purposes of the meeting was Frederick Oatley, who enjoyed the distinction of having received the greatest number of votes (88) in the first poll. Woollahra’s first chairman was then elected by his fellow councillors – in his absence. George Thornton, a resident of Darling Point, had already served on the City Council, so brought to this role some experience of civic procedures and functions. The other absent member on 6 June was D B Hughes, who served on council only until February 1861.

The following is a transcription of the minutes of the first meeting.

At a meeting held of the Councillors of the Municipality of Woollahra held at the Office of Messrs. Rowley Holdsworth and Garrick on the sixth day of June 1860.

It was proposed by Councillor Gorman that Councillor Thornton be the first Chairman of the Council of the said Municipality.

Councillor Bowden having seconded the motion the question was put to the meeting and carried unanimously. 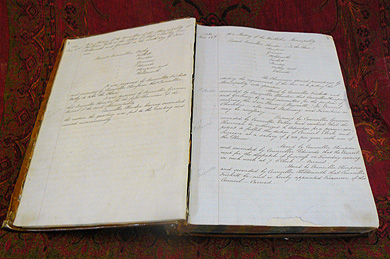