Council has achieved carbon neutral certification for the 2018/19, 2019/20 and 2020/21 financial years under the Federal Government’s Climate Active program. We have done so by measuring the greenhouse gas emissions we produce through our operations and working towards reducing them as much as possible.

Our remaining emissions are offset (by purchasing carbon credits generated by renewable energy projects), with a net result of zero emissions. This means for all of the emissions associated with running our operations, we have invested in projects which will prevent the same number of emissions from entering the atmosphere.

More details of Council’s certification can be found on the Climate Active website. 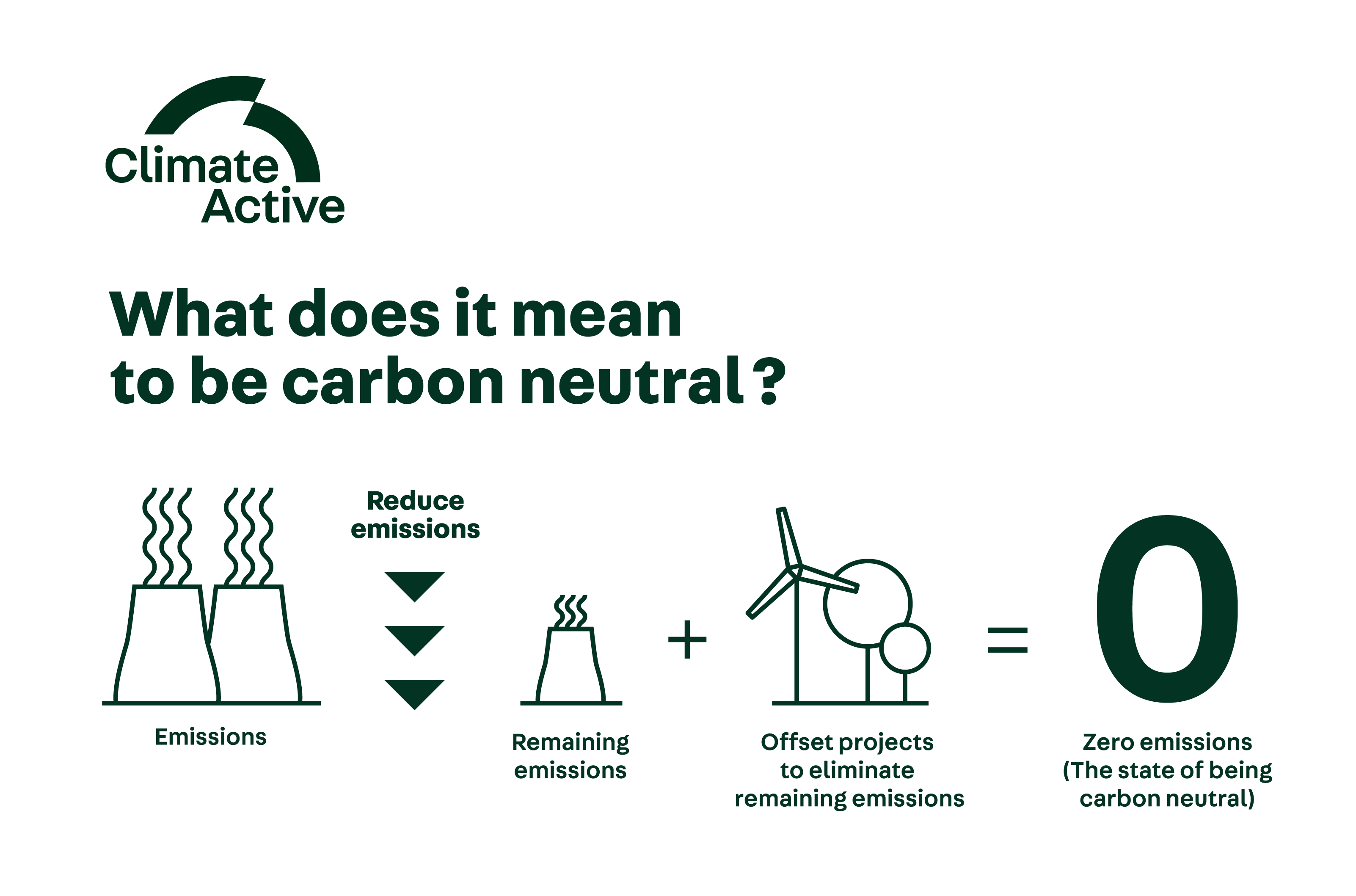 Council now has 175 kW of solar power installed across the local government area. This has allowed us to reach and exceed our target of 100 kW, eight years ahead of schedule. Here are some of the projects we have undertaken:

In September 2011, Woollahra Council installed 50 solar panels on the roof of the Murray Rose Pool change rooms in Double Bay.

In February 2016, both the Cooper Park Community Hall in Bellevue Hill, and the Hugh Latimer Centre in Double Bay were fitted out with 4.7 kW (18 panel) solar photo voltaic systems.

These installations are estimated to save Council $3,000 per year in energy costs, as well as reducing our energy footprint. 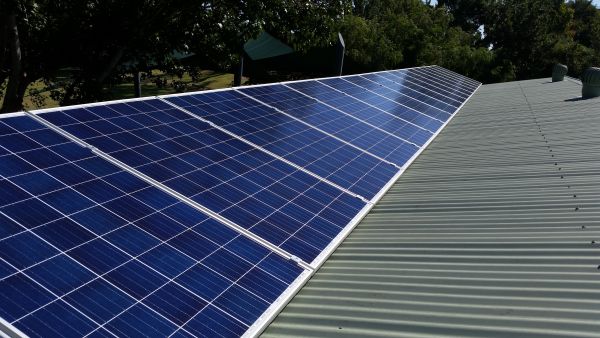 In April 2016, a 25 KW (96 panel) solar photo voltaic system was installed at Council's Civil Works Depot on Fletcher Street in Woollahra. This installation is estimated to provide an annual saving to Council of almost $10,000 and will drastically improve the energy impact of the building. 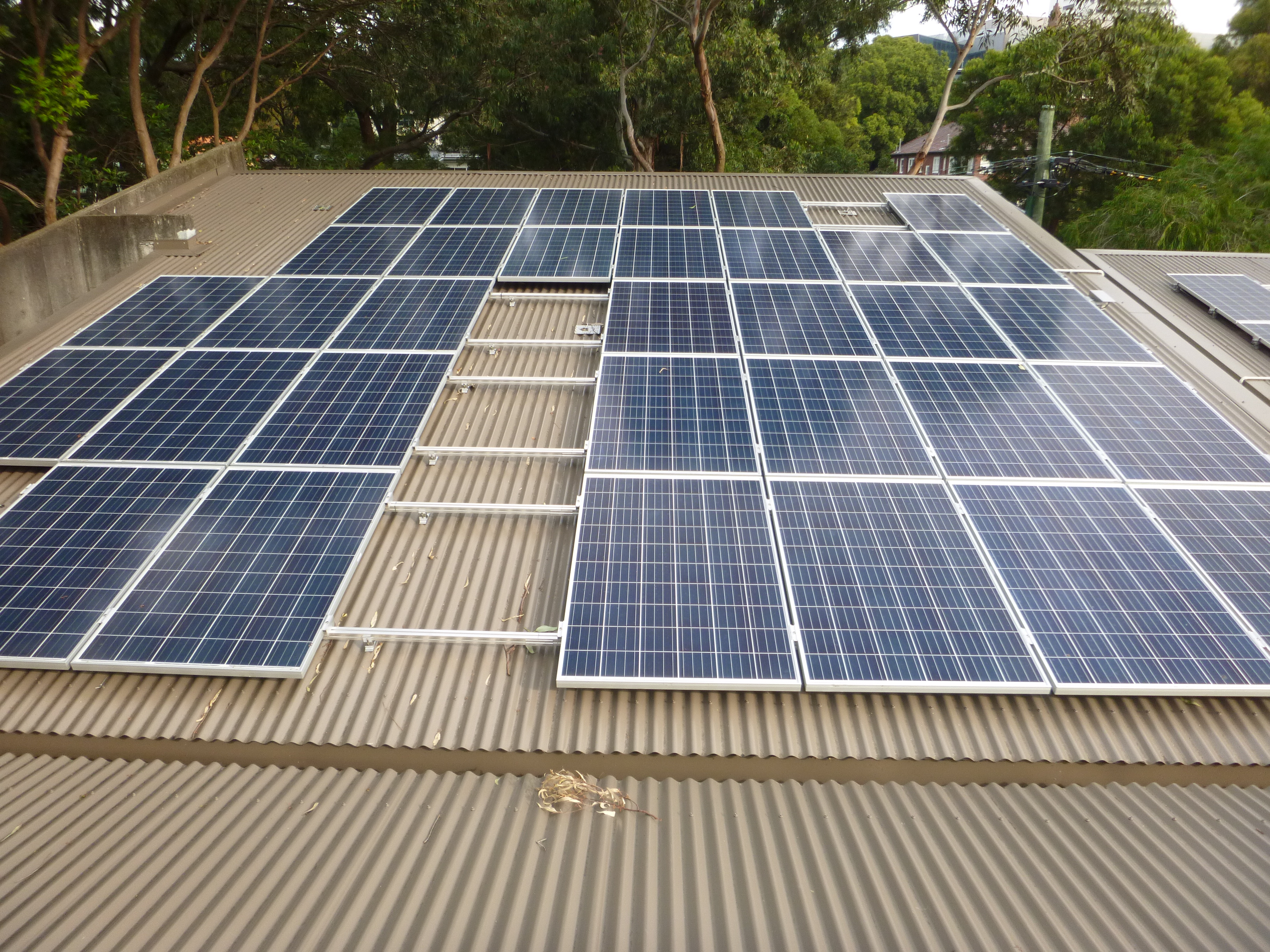 In August 2016, a 9.9KW (38 panel) solar photo voltaic system was installed at Council's Open Space Depot on Quarry Street in Paddington. This installation is estimated to generate over 14,000 kilowatt hours of energy per year and will save Council almost $3,000 annually. 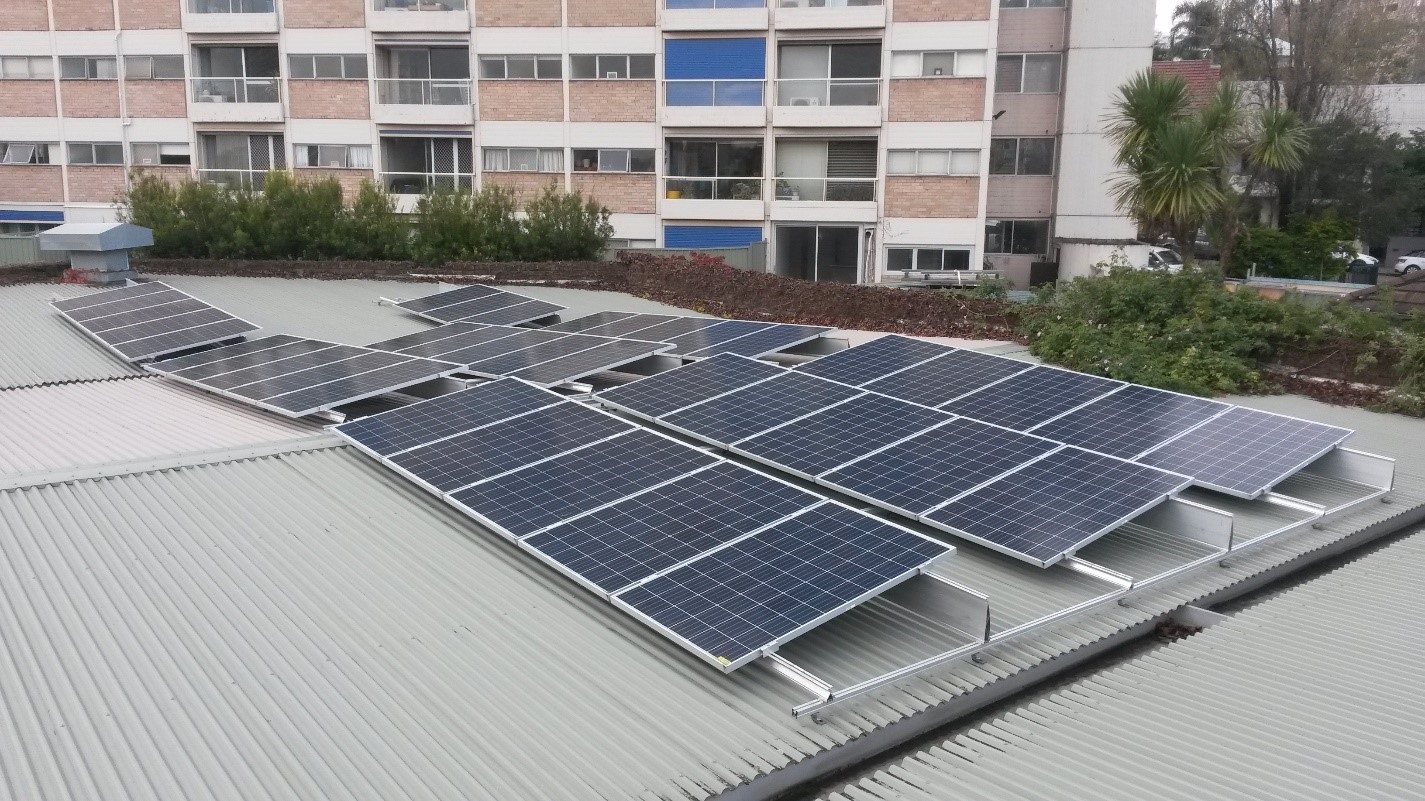 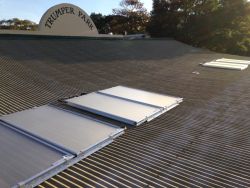 These units use the ample, free, sunlight we enjoy here in the eastern suburbs to heat water for public use, replacing the more costly and resource-intensive electric systems. Installing a gas-boosted solar hot water system can more than halve the electricity use for water heating - saving power and money.

Council has signed a Power Purchase Agreement to source 100% of Council’s electricity from three NSW solar farms from July 2022. This is a partnership program with the Southern Sydney Regional Organisation of Councils.

Council is committed to reaching its target of achieving a 30% reduction of greenhouse gas emissions by 2025. Increasing the energy efficiency of Councils buildings and operations is a key activity to help reach this goal.

Here are some of the projects we are undertaking to make this happen:

In 2013 Woollahra Council received $350,000 in grant funding from the Department of Industry's Community Energy Efficiency Program (CEEP) to upgrade the lighting, and the heating, ventilation and air conditioning (HVAC) system to improve the energy efficiency and amenity of the Redleaf building.

In its first year these works reduced energy use of the Council Chambers building by 19%, reduced emissions by 34% and operating costs by over $25,000. 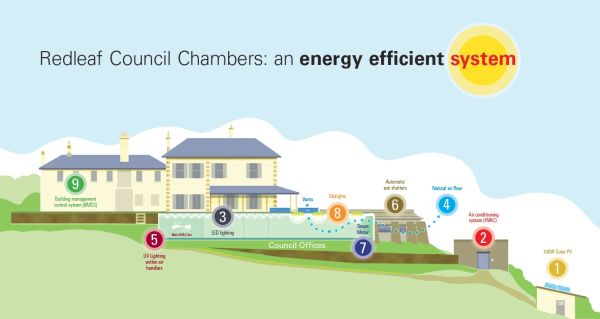 In November 2018, Council upgraded eleven of our park amenities buildings to LED lighting. Additionally, movement and daylight sensors were installed to ensure lights are only in use when needed.

These works are estimated to reduce costs and energy use across the sites by 57% each year.

In October 2014, over 580 new LED lights and 27 motion detectors were installed throughout the car park. These installations have not only helped to reduce Council’s power bills and energy use, but also Council’s carbon impact. 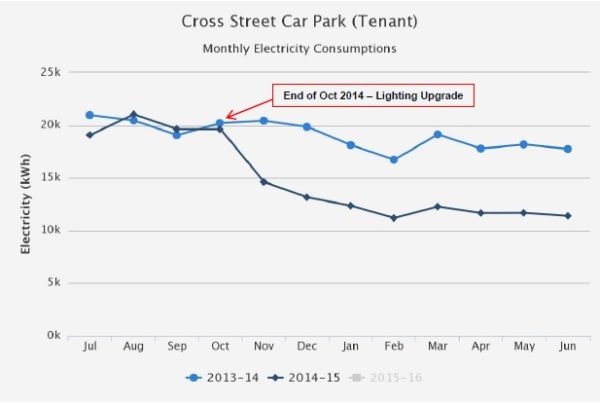 In December 2014, over 80 lights were replaced with energy efficient LED tube fittings that decrease energy use by up to 50%. Motion sensors and timers were also installed in areas that are used intermittently.

Woollahra Council is one of 35 councils within the Ausgrid distribution area that have joined together under the Street Lighting Improvement Program (SLIP) designed to improve street lighting throughout the region. The combined local government areas of the 35 councils represent 95% of all the lights in Ausgrid’s distribution area and more than 40% of all lights in NSW.

The primary objectives of the program are to secure street lighting technology, service and pricing improvements through negotiations with government, Ausgrid, regulators, technology suppliers and other key parties.
To June 2015, the following energy efficient lights have been installed in the Woollahra Council area:

We are partnering with other organisations and groups who can help us reach our energy targets.

In 2017, Woollahra Council became a partner to the Cities Power Partnership, an initiative of The Climate Council.

We are committed to pursuing five goals through this partnership:

You can see our community page here.