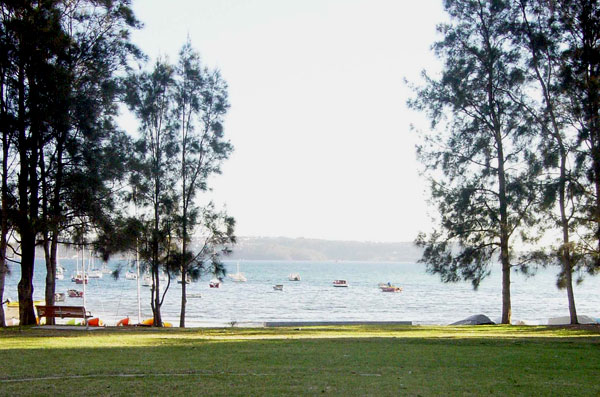 Tingira Reserve is named after the Australian naval ship the HMAS Tingira. Tingira is an Aboriginal word for 'open sea'. The ship was moored in Rose Bay from 1912 to 1927 and it was used to train over 3,000 sailors for naval duties during World War 1. The park has access to Rose Bay beach.

The reserve was created in two bits - in 1962 and in 1977, as a monument to HMAS Tingira, a naval training ship moored on a swinging anchor in Rose Bay from 1912 to 1927 - often incorrectly pronounced 'Tingara'. The ship started life as a clipper, the Sobraon, built in 1866 in Aberdeen, Scotland and was the largest composite ship ever built.

After 25 years on the England - Australia run she was pressed into service as a 'Nautical School' for naughty boys and, berthed off Cockatoo Island, serving in this capacity for nearly 20 years. She was purchased by the Commonwealth Government in 1911, refitted to accommodate 200 trainees, repainted white with yellow masts and renamed HMAS Tingira- an Aboriginal word purporting to mean 'open sea'.

After decommissioning, she was placed in Berrys Bay, serving as a coal hulk, stores ship and for a time a hostel for destitute men. She was scuttled at sea in 1941. The Memorial in Tingira Reserve commemorates the ship and some 100 of the boys who trained in her.