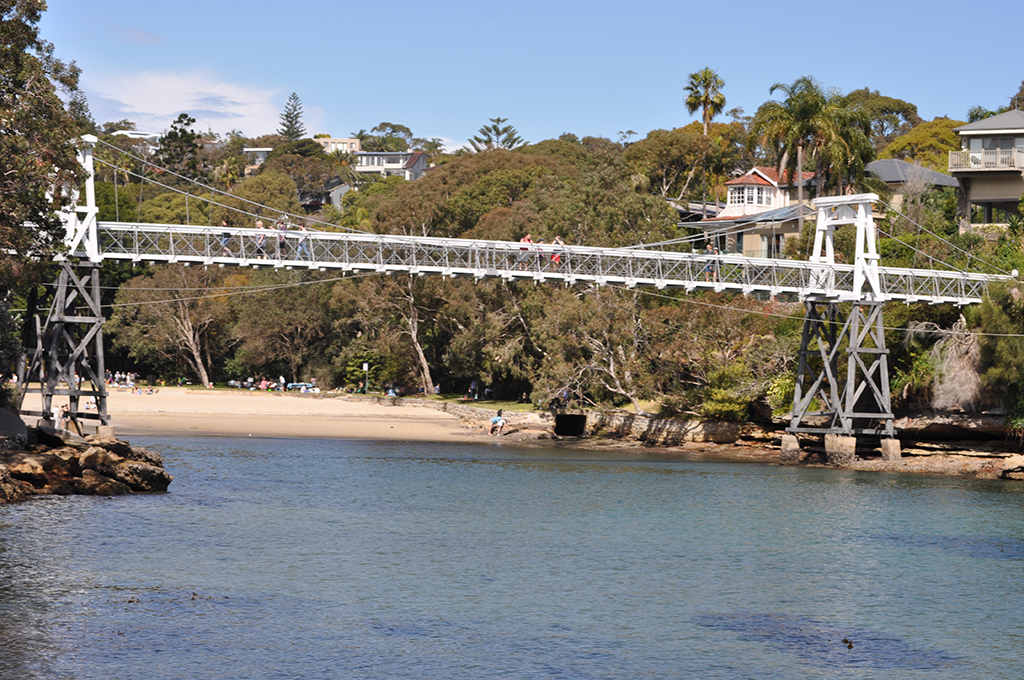 Parsley Bay Reserve is a popular family park that includes an enclosed swimming area, picnic facilities and a children's playground. There is also a short bushland walking circuit (15-20 minutes return) that takes you to a waterfall at the head of the gully. In summer, Eastern Water Dragons can be seen sunning along the watercourse. This park is a popular venue for birthday parties, school picnics and social gatherings.

Dogs are prohibited at all times.

There are two popular versions of the origin of the name. One, that a hermit called 'Parsley' lived in early years in one of the caves at the head of the bay, the other is traditional and was probably used by the first exploratory parties (1788) to refer to an edible plant growing there, closely resembling parsley, which was used as an anti-scorbutic (scurvy) by the vitamin starved First Fleeters. The Bay was set aside for public recreation use in 1907 - it is one of Woollahra's best kept secrets. More on the history of Parsley Bay Reserve (PDF)

Watch a short documentary on Parsley Bay, A Little Piece of Paradise, funded through the Woollahra Community and Cultural Grants Program. This documentary was produced by a group of Woollahra residents during a documentary filmmaking workshop for seniors run by Metro Screen.