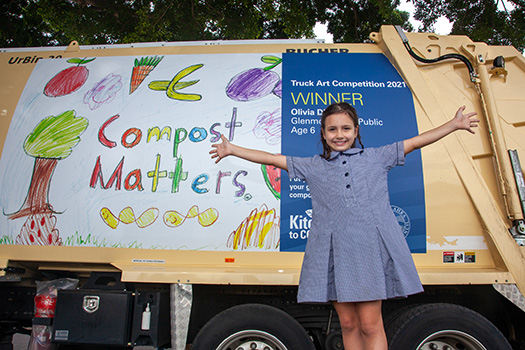 Our local garbage trucks have a colourful new look thanks to creative local children.“I loved drawing all the worms and fruit,” said Olivia D’Alisa from Glenmore Road Public School, pictured with her winning artwork 'Compost Matters'.

The winners of our Kids’ Truck Art competition have had the chance to see their artworks on a large-scale, after five winning artworks were printed on local garbage trucks for all to see.

This year's competition invited local primary school students to create an artwork around the theme “Create Compost, Not Landfill” to highlight that food scraps can be put into green-lid wheelie bin at home, to create nourishing compost instead of landfill.

A total of 120 entries from eight local schools were received.

Winners were selected by Mayor of Woollahra Cr Susan Wynne with the prize of a $50 book voucher for each winner.

The five winning entries were: 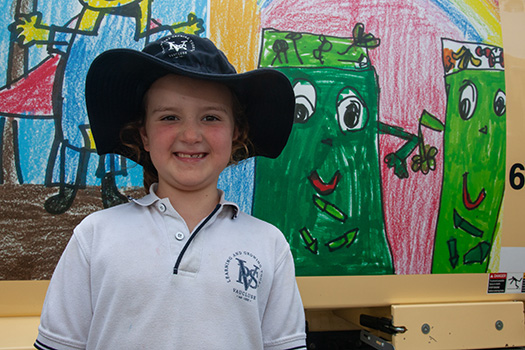 Josephine van Zyp from Vaucluse Public School with her winning artwork 'From garbage to compost'.

“We had such a great response from local school students and we hope their creative ideas and images inspire our community to get involved with composting and help look after our precious environment,” Woollahra Council General Manager Craig Swift-McNair said.

Glenmore Road Public School had the highest number of entries with 45 artworks submitted. 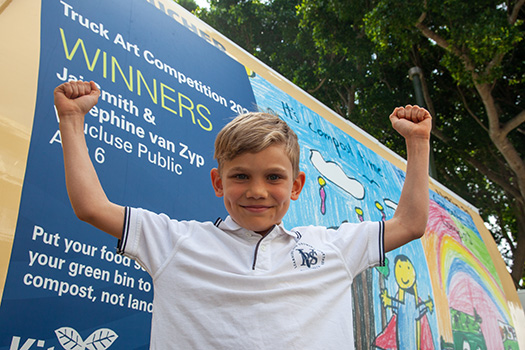 Winner Jai Smith said he felt incredibly happy to see his picture on the truck and was curious about how it would look.

“I couldn't believe it! I was very proud to have my big, big, giant picture on the rubbish truck!” Jai said. 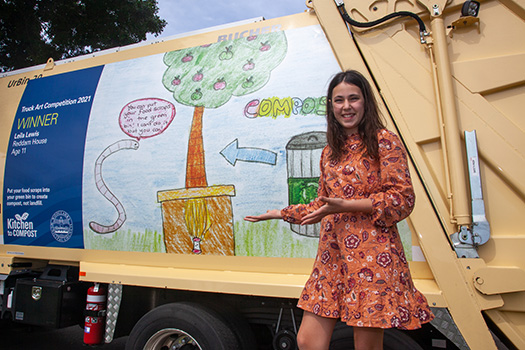 Leila Lewis from Reddam House with her winning artwork 'From garbage to compost'.

Winner Leila Lewis said she had fun creating the artwork for the competition and hoped it will help get the composting message out to the community.

“It looked super cool on the truck and was stoked to have it there. I also hope that it can help promote recycling your waste, to make a bigger impact towards our environment,” Leila said. 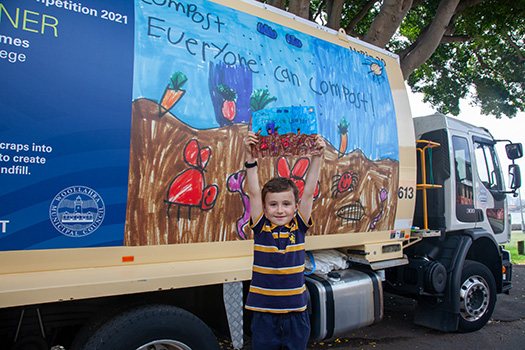 Jasper James from The Scots College with his winning artwork 'Compost, everyone can compost!'

A further 10 entries were acknowledged for their creativity; with four named as Runners Up and six artworks Highly Commended including: 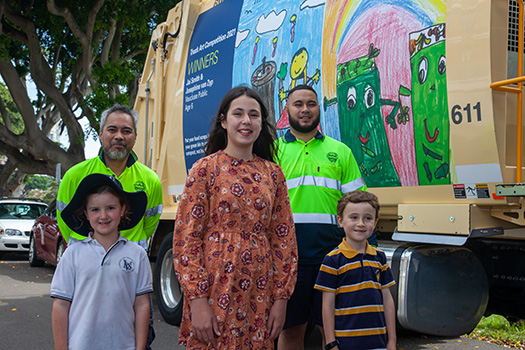