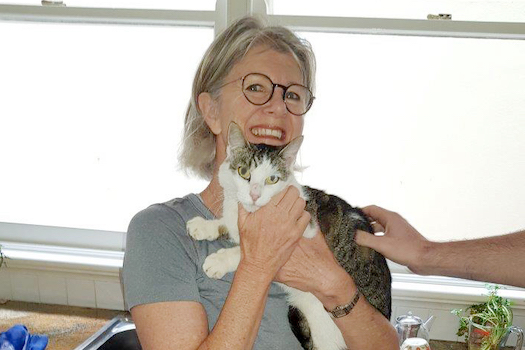 Council rangers have helped a lost cat find her way home six years after going missing –  and despite the owners moving to a different suburb – demonstrating the importance of microchipping your pet and keeping your details up to date.

Daphne’s owner, Justine McKenzie-McHarg, said it was awful when their cat went missing from their Vaucluse home in 2014.

“We looked everywhere for Daphne and put notices up. We feared the worst might’ve happened, but we always held out hope that she would come home,” Justine said.

“We ended up moving house, to Paddington, and I just felt terrible. I kept thinking, what if Daphne comes home and we’re not there anymore?”

Council officers recently found Daphne enjoying the beautiful surrounds of Parsley Bay. When they caught her, they discovered she was microchipped, so were able to look up her owner’s contact details.

When Council’s Animal Control Officer, Paul Saffery, called Justine to let her know Daphne had been found, she couldn’t believe what she was hearing.

“I thought: no, this can’t be. He’s got the wrong person. Something’s been mixed up.”

“When Paul brought Daphne back to our place, she knew she was home straight away. Daphne snuggled into my neck and she hasn’t stop talking, ‘Purr purr purr - I’m so pleased to see you’.

“I just keep thinking, can you believe this is Daphne, where has she been?

“It’s so lovely to have Daphne home. We can’t believe it,” Justine said.

Animal Control Officer, Paul Saffery said he was pleased to reunite Daphne with her family.

“Six years is a long time for a pet to go missing. It goes to show the importance of microchipping your pet and keeping your contact details up to date. Justine had done just that and we were able to get the family’s beloved pet back to them very quickly”

Daphne was also reunited with one of her kittens, Fluff, just in time for Mother’s Day.

Read more about how to microchip and register your pet. 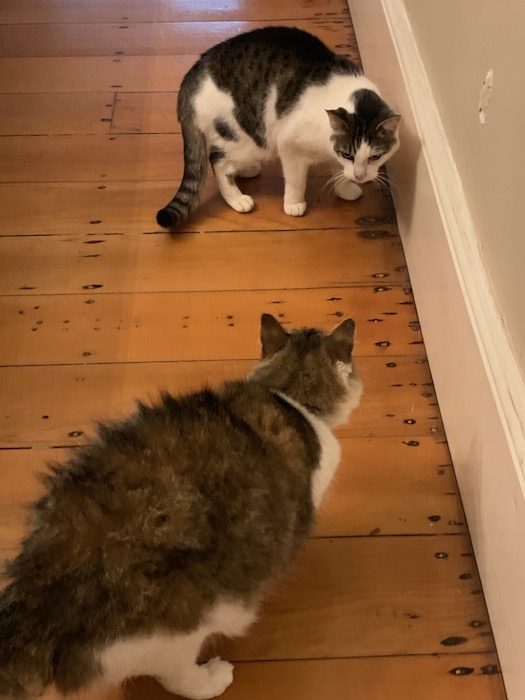 Daphne and Fluff reunited, but still a bit unsure of one another