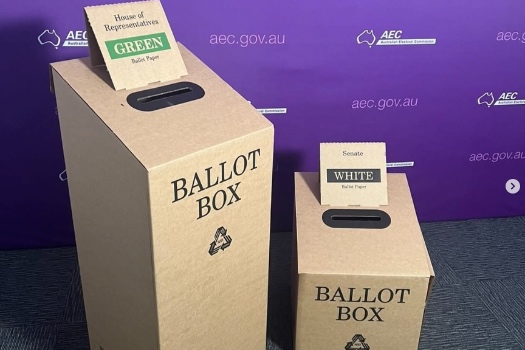 There are almost 97 per cent of eligible Australians enrolled to vote on election day.

There are a number of different ways that you can cast your vote.

There are many polling stations set up at local schools, churches, community halls and public buildings within the Woollahra Council area. Voting opens at 8am on election day and closes at 6pm.

Search for a polling station near you.

The AEC website details the process of voting at a polling place on election day so you know what to expect. Find out more here.

“Australian elections are in-person, community events held once every three years (where) the country comes together in a transparent and secure environment to have their say,” said Electoral Commissioner Tom Rogers.

“If you can vote on election day then that’s what you should do. However, if your circumstances might prevent you from doing that then you need to think about the early voting options available, and vote according to your circumstances," said Mr Rogers.

Voters are eligible for early voting, either in-person or by post, if on election day you:

If voters wish to cast a postal vote, voters are able to request a postal ballot from the AEC website or from AEC offices before Wednesday 18 May.

“There will be plenty of voting options available  throughout the two week early voting period for people who can’t make it on  election day,” said Electoral Commissioner Tom Rogers.

“Approximately 550 early voting centres will be in operation across Australia during the two-week early voting period with many people who have applied for a postal vote are already receiving their ballot papers in the mail,” said Mr  Rogers.

Mr Rogers warned that like every other frontline industry and service, the delivery of the election is being affected by COVID and despite all of our planning and best efforts our frontline services, such as our early voting centres, can be impacted at short notice.

“We’re engaging and training more staff than ever before to deliver an election in challenging circumstances, which includes COVID safety measures and labour market shortages,” Mr Rogers said.

Search for an early voting station near you.

During the voting process, you will cast a vote for:

The AEC website has a practice voting section which contains tools that have been developed to explain the easiest way to make sure your vote will count in federal election events. They are interactive with easy to follow instructions on how to complete your ballot papers correctly.