Listen to interviews with people who served in World War 2 and have a connection to the local area. The interviews explore the lives and memories of four servicemen, and were conducted by oral historian Frank Heimans.

This project was supported by a grant from the Department of Veterans' Affairs. 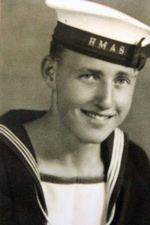 Francis Joseph (Frank) McGovern was born in Paddington, attending school in Edgecliff and Darlinghurst. He joined the Navy reservists in 1938, training at the Rushcutters Bay depot in the evenings and on Saturdays.   When war was announced Navy reserves were mobilised immediately and Frank became a seaman gunner on the ship Westralia for about 18 months. Returning to Australia after duties in the Indian Ocean, Frank joined the Perth on patrol with a convoy in the Pacific.  In early 1942 the Perth was torpedoed near Java – against the odds, Frank survived his time as a prisoner of war, returning to Sydney on 17 September 1945.

Frank was awarded a Medal of the Order of Australia (OAM) on 26 January, 2019 for services to Veterans and their families.

For more information on the loss of the Perth vist The loss of HMAS Perth, 1 March 1942 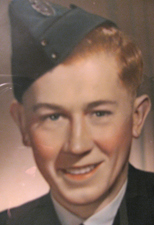 John Wright was working as an apprentice during the construction of the Air Force station at Bradfield Park (now Lindfield) in the early years of World War 2. In 1942, released from the work at Bradfield Park, it was inevitable that John, aged about 19, would sign up with the Air Force. John joined the RAAF 11-RSU (Repair and Salvage Unit), which formed up at Mt Druitt in December 1942, and served for three and a years spending the majority of his time in the Pacific theatre, including New Guinea and Borneo.

John Wright has lived in Rose Bay all his life, attending Rose Bay Public School and The Scots College. After returning from the war, John worked in the building supplies and hardware business established by his parents in 1919 – the Eastern Suburbs Lime and Cement Store, Rose Bay. He now volunteers at the Powerhouse Museum. 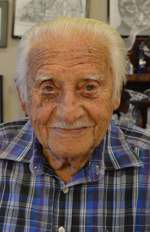 Morris Zamel was 17 years old when he joined the army at the outbreak of World War 2 becoming a Sergeant at the age of 19. As an instructor, Morris coached commandoes in the Army in self-defence and the use of armaments, training men who would eventually go to New Guinea and Kokoda.

Morris reminisces about his war days –including training in Centennial Park and his involvement in entertainment for the troops. 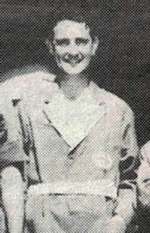 Phil O’Sullivan was involved in the war effort early in his apprenticeship as a fitter and turner and motor mechanic, making parts for machine guns as well as the boom net across Sydney Harbour. Phil shares his memories of his war experience including the shelling of the Eastern suburbs as well as the day that the Kuttabul was hit by a torpedo from a Japanese submarine.

Phil was awarded a Medal of the Order of Australia (OAM) on 10th of June, 2013 for service to the Waverley region through a range of sporting and community organisations.