The Harkness family of Woollahra

My Great Uncle Edward Knox Harkness with my Grandfather Walter Scott Harkness developed much of Woollahra from about 1884-1924.

Historians assert while it is difficult to verify the claim that Edward Harkness built 4000 homes in Woollahra with many standing today, Woollahra Council records would seem to show Edward Harkness and his brother Walter Harkness as business partner and real estate agent and also a Woollahra developer had at one time or another 4000 allotments of land that they either built on, developed or sold.

After the Great Banking Crisis of 1893 when most of the banks in the Australian colonies went under, Edward was able to buy large parcels of land from Sir Daniel Cooper (of Cooper Park fame) who held the mortgage.

Edward would develop and build houses on the land he purchased from Cooper , with Walter selling the houses enabling Edward to pay back Cooper and having just enough money to pay his workman and to continue his building activity which was described as "building speedily".

Before 1909 the houses Edward built were of a distinctive Gothic style that are generally heritage listed today. There are many examples throughout Woollahra notably around Harbour View Park including Edward, Bathurst, Russell, Rowe, Saber, Magney, View, Harkness, Adelaide, Fletcher, Waimea and Woods Streets to name a few. Also Knox, Cross and Transvaal Street, Double Bay.

Many of the streets in Woollahra were developed and then named by Edward and Walter and Knox Street Double Bay, Harkness and Edward Street Woollahra are obvious examples.

Edward Knox Harkness had 3 wives (his first two died young) and 13 children, with two sons fighting in WWI with the youngest Lieutenant Edward George John Harkness killed by the Turks age 28 at the counter attack at Lone Pine, Gallipoli, in 1915. His wife's brother James Bridges was also killed at Gallipoli on the 28 April, 1915. One of the first to die there. Two other sons of Edward fought in the WWII with one Geoffrey Clyde Harkness dying in a plane crash, one week before his only child was born, while on active service. Walter had 11 children with two sons serving in WWII. Edward and Walter died at 59 and 68 respectively, leaving their wives to look after their many children.

For Edward, the records show that 'debt was his constant companion' and with the death of his son in the Great War probably brought about his early death. Walter died in 1931 during the Great Depression.

It was said Walter was a good provider educating his children at Sydney Grammar School and St. Catherine's, Waverley. Walter's main fault, if you could call it that, was his kind heart as he lent money without documentation and in 1929 the Great Depression brought financial ruin.

His wife sold the family home in 1936. In my mind the memory of Edward and Walter's hard honest work and contributions to the community of Woollahra, Double Bay and Bellevue Hill must never be forgotten.

These men and their wives certainly were of a generation where family and honest hard work meant everything and our Australian way of life worth defending with the ultimate sacrifice. For them materialism was not important. We may not see the likes of that generation ever again.

Woollahra, Double Bay and Bellevue Hill has benefited from their blood, sweat and tears.

Researched and Written in 2013 by Rodger Harkness 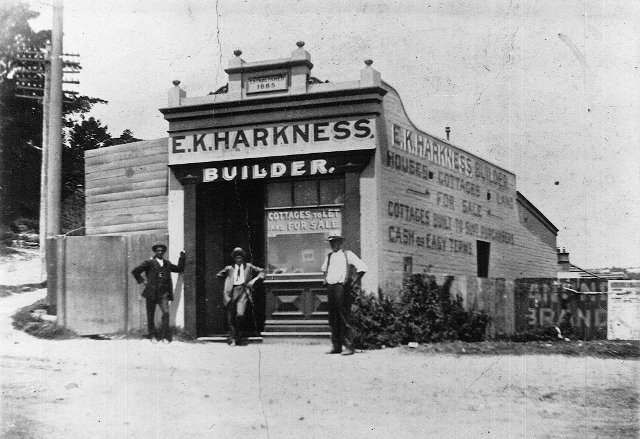 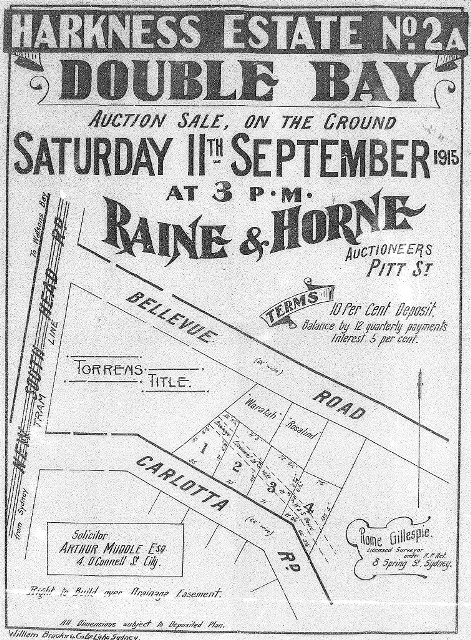