The story of Captain Roy Blashki's death and heroism in August 1917 is well-told in the words of a military comrade, Lieutenant B. Lewis, who witnessed both first-hand when the young man was killed in action near Ypres, on 3 August 1917. Captain Blashki's nephew Andrew Samuel has provided this transcript of the account, written to the fallen soldier's parents, and published in the Hebrew Standard.

"Roy was commanding the Battery, on August 3rd. Some loose rounds of ammunition, near a big stack of shells, caught fire. One of the gunners ran to put them out and Roy followed him. A shell burst to the right of him killing him practically instantaneously. His man, Wilson – great rough fellow though he be – cried like a child, and the sorrow of his men is eloquent proof of their affection for him ... though I am twice Roy's age he has by his character and example helped me many a time, and his memory will do so in the future. Roy was religious. I am not of your faith, but the religion that has produced a man like Roy is a good one, and to his religious beliefs he was true."

Ammunition may be replaced, but not a splendid man as he [Roy Blashki] had proved himself time after time. He was one of the most sterling and conscientious men I ever had anything to do with.

Captain Blashki was laid to rest by Lieutenant Henry Goldsmith in the Vlamertinghe Military Cemetery, two miles from Ypres, and far from home. He had grown up in Potts Point in the family home in Challis Avenue – still standing today as Simpsons Hotel. Roy Hector Blashki's name is recorded on the roll of honour in the foyer of the Sydney Jewish Museum. The officer who buried him later became a general practitioner in medicine in North Harrow, London and by coincidence, a younger member of Roy Blashki's Australian family acquired his house and practice from him when he retired. 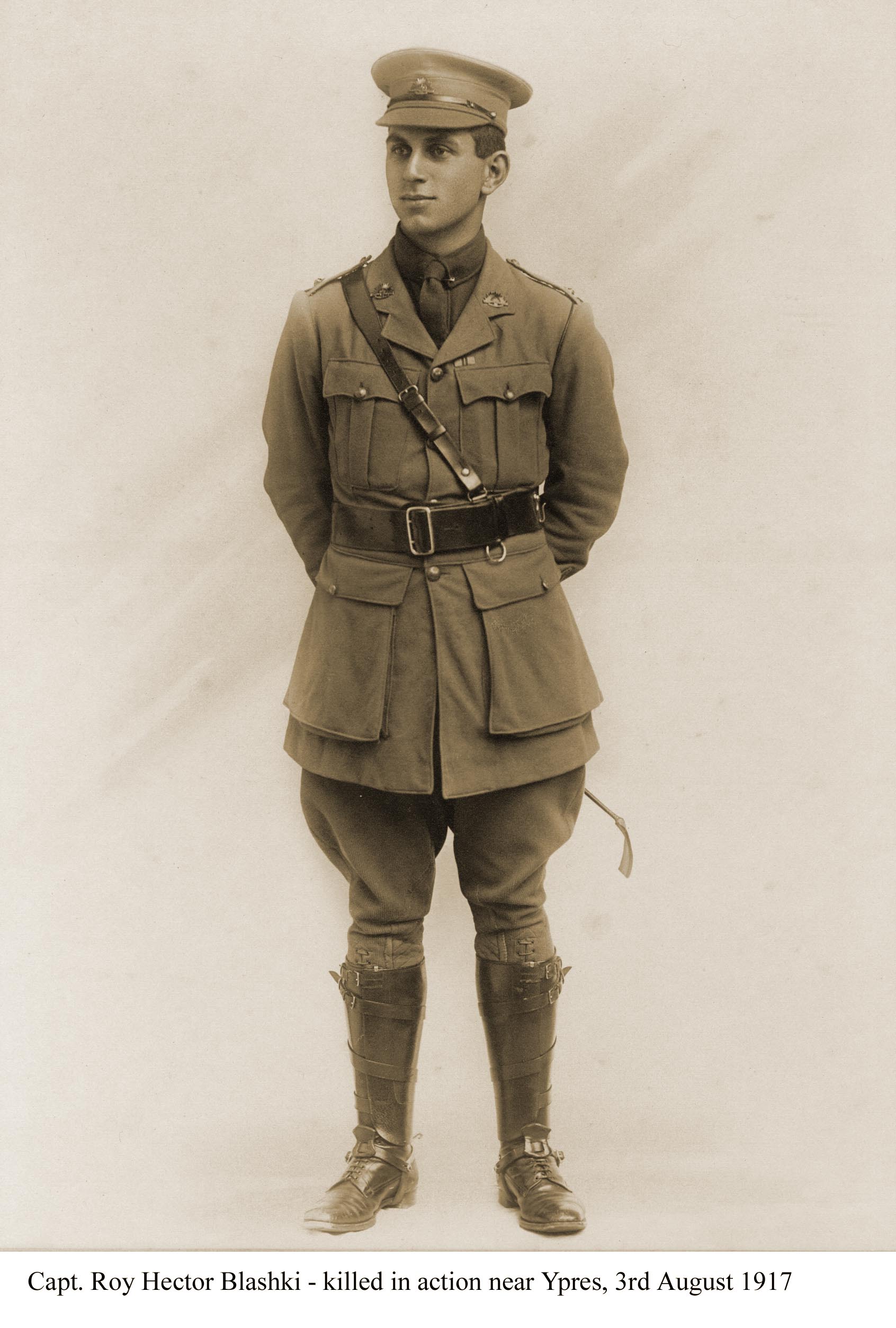 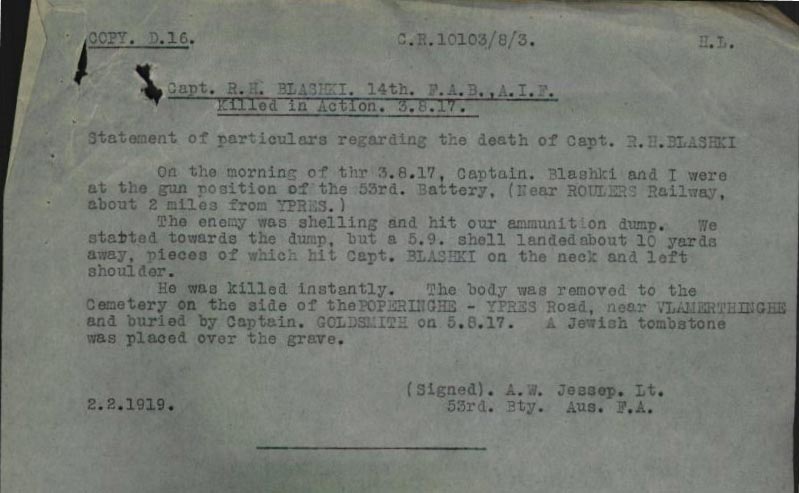