The municipality of Paddington was proclaimed in April 1860 and in 1863 council resolved to build a council chambers. In 1864 Council appointed the architect Thomas Rowe to design the chambers and the foundation stone was laid in April 1864 by the Attorney General James Martin.  The building was situated on Oxford Street between Brodie and Young Streets and in 1906, some years after the construction of the new Paddington Town Hall in 1891 it became part of the Royal Hospital for Women site at 88 Oxford Street. The original council chambers was demolished in 1947 to make way for a new hospital building. 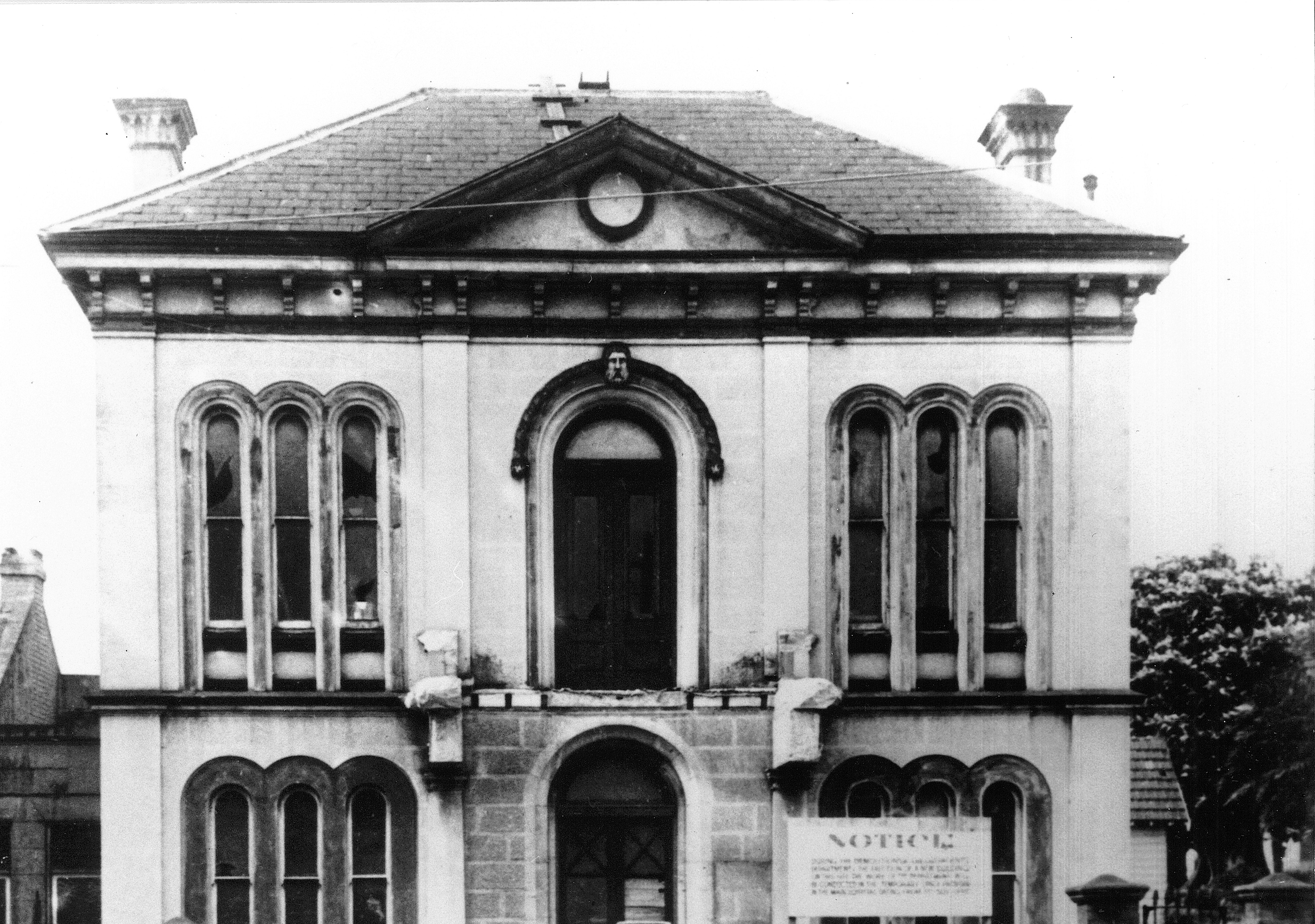 A new Town Hall for Paddington 1891

Charles Hellmrich, an alderman of Paddington Council and himself an architect, was the principal voice behind moves to build a new town hall for Paddington. An international competition to find a design for a new Paddington Town Hall was held in 1890 and the first prize was awarded to the architect John Edward Kemp. The foundation stone for the new Town Hall was laid by Sir Henry Parkes on 8 November 1890 and the building, at 247 Oxford Street (corner of Oatley Road), opened on 3 October 1891 by the Governor Lord Jersey. 1

A clock was installed in the Town Hall tower in August 1905 with funds raised largely by public subscription from the ratepayers and residents of Paddington, a project first conceived in 1902, at the suggestion of Rev J Fulton3, to commemorate the coronation of King Edward VII. Numerals on the dial face were substituted with ‘EDWARDUS THE VII’.  This wording later caused 'amusement and trouble'4, combining Latin with an English 'the', although this combination had the advantage that it neatly fits a clock face, with the VII placed where it would normally appear.

Reporting on the installation of the clock, the Daily Telegraph wrote that  'a Town Hall without a clock is like a man without a hat' , and noted that while 'the Paddington Town Hall is considered to rank next to that of the city, both in extent and from an architectural point of view', 'for years people passing it have asked "where is the clock?"5

The absence of a clock in the Town Hall tower had been a source of comment for some time, the only alternative being an erratic timepiece on the Post Office building, prompting the reading of the following lines at a Paddington council Meeting in November 1901.6

The Town Hall was extended in 1923 along the Oatley Road frontage, and further alterations and renovations were made to the old building during the period 1923-1925.  The following report was made in the Triennial Report of the Municipality of Paddington for the years 1923, 1924 and 1925.7 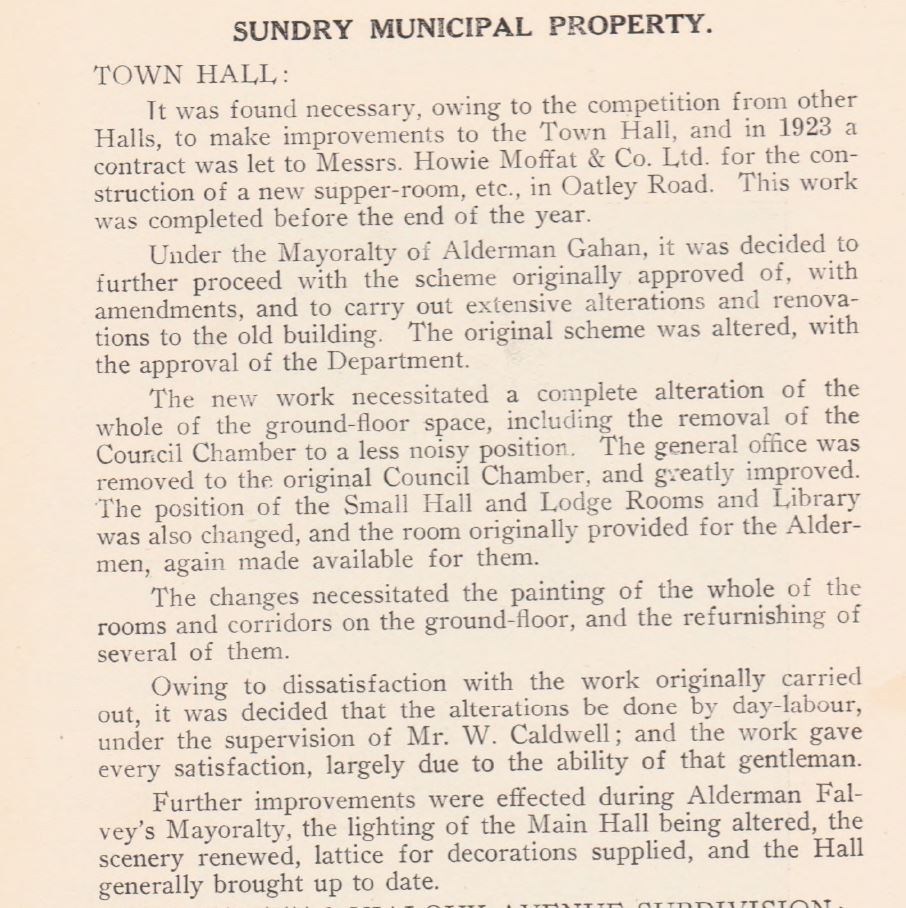 A remodelling scheme in the early 1930s, in a bid to remain competitive with new cabaret venues, saw the installation of lighting system concealed within twelve new columns, a soda fountain and a balcony to accommodate a 13-piece orchestra.8 Council reports from the Finance and Works committees indicate that renovations were conducted under the direction of architect Walter Burley Griffin.

A report of the Finance Committee, 8 October 1934, includes the recommendation 'that the account Mr Burley Griffin, architect, for £527.13.4d, in connection with the Town Hall Contract, be passed for payment and that same be available for scrutiny by the Aldermen'.

The Main Hall on the first floor is the most significant remaining interior space. The Victorian interior was significantly altered in 1933-1934 in an Art deco style.  The original coffered ceiling remains although the scalloped edges have been replaced with open grille work in plaster. In front of the wall grilles are groups of three cylindrical columns  ..these elements appear to a lighting feature typical of  the Art Deco period.

From the first ball held to commemorate the opening in 1891, Paddington Town Hall has been a destination for Sydney’s dance lovers and the venue for many important social events.

Mrs Edna Cox, who ran the refreshment kiosk at the Town Hall for 30 years until 1965, recalled the wonderful balls of the thirties.