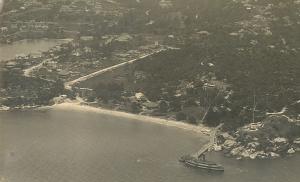 Concern among Sydney-siders about the loss of foreshore land began to be expressed in the 1890s. An active campaign to secure foreshore land for public use appears to have begun in 1900 with the first public meeting held protesting about a proposal to put a road around the foreshores of the Botanic Gardens and the Domain.

The Harbour Foreshores Vigilance Committee with William Albert Notting as Secretary was formed in November 1905 with the object of taking united action in requesting the Crown to resume portions of the Foreshores of Vaucluse and Parsley Bays. The Committee would also turn its attention to the northern shores of the harbour. William Notting was a tireless campaigner against the alienation of harbour foreshore lands and had been agitating for the resumption of land at Parsley Bay since 1900. The eventual amount of land resumed for public use at Parsley Bay in 1906 disappointed the Vigilance Committee and Notting urged that steps must be taken to prevent Sydney Harbour becoming a private lake commenting that it is little better than a pond in a privately owned paddock (“Evening News” 19.10.1907). 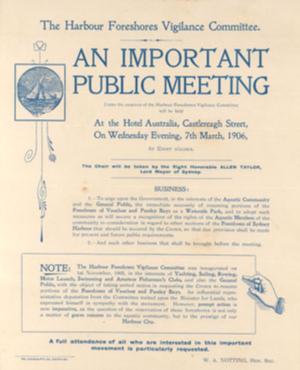 Advertisement for a public meeting organized by the Harbour Foreshores Vigilance Committee, 1906.

In 1910, the government resumed Vaucluse House and its foreshore land fronting Vaucluse Bay. The Vigilance Committee continued to apply pressure for land resumptions at Vaucluse and finally with a change in government, the new Minister for Lands, Niels Nielsen established the Foreshores Resumption Scheme in 1911. A number of sites in Vaucluse were then acquired including Nielsen Park (1911), the Hermitage Foreshore Reserve (1912) and Strickland House (1914).

Following Notting’s death in 1925 a memorial commemorating his work at Nielsen Park was unveiled in 1927. His real legacy, however, remains in the open space on the foreshores of Sydney Harbour preserved, through his untiring efforts, for public use. 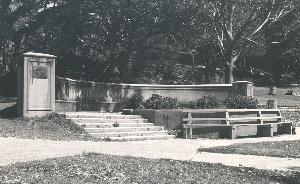 William Notting was born in the Sydney district of Chippendale in 1862, the youngest child of James Notting, a clerk of Turner Street Redfern, and his wife Caroline. Joseph and Caroline Notting had emigrated to Sydney from Toole in Dorset, England. William Albert joined Henry Eustace (born 1856) and Caroline Jane (born 1859) in the Turner Street household. Joseph Notting later moved his family to Crown Street, where he died in 1891.

Details of William Notting’s schooling and further education remain unknown, but he apparently gained a sufficient knowledge of financial and property management to form a partnership in the early 1890s with John Page, operating from Quong Tart Chambers in King Street under the business name Page and Notting and offering services as accountants, auditors and property and financial agents. By 1897 the partnership was dissolved and William had formed W A Notting and Company offering in competition to Page and Company an extended range of financial and property-based services from a Pitt Street office. It would seem that this successful business venture gave William Notting the financial resources with which to back his self-funded battle for the foreshores.

William appears never to have married. His great interest appears to have been sailing, from which pastime grew his awareness of the need for foreshore preservation and public access. He was the Commodore of the Sydney Sailing Club, served on the New South Wales Sailing Council and played a continuing role in the administration of the lands resumed by his efforts as one of the original trustees of Nielsen Park.

Despite his passion for maritime recreation and the harbour, William Notting chose not to live close to the foreshores. After his father’s death he remained with his mother and unmarried sister at the family’s Crown Street residence, later moving to Victoria Street in Darlinghurst. By 1896, he had relocated the household to the suburb of Summer Hill in the district of Ashfield, where his mother died in 1915. William was presumably drawn to Summer Hill because his older brother Henry had years earlier settled in the suburb, in Prospect Street, with his wife Martha and their large family. William at first took up residence in the street where his brother lived, moving later to No 10 Henson Street and finally to Burfield at 45 Carrington Street.

William Notting died at Burfield on July 20, 1925 and was buried in the Independent Cemetery at Rookwood, survived by his two siblings and the children of his brother. The monument in his memory established at Nielsen Park two years later serves as a small reminder of one man’s tireless efforts to secure, on behalf of the people of Sydney, what he believed was rightfully theirs.

The impact of the Iolanthe incident

On Boxing Day 1892 a party of adults and children from Leichhardt, Camperdown and Marrickville set sail in two hired craft, the Iverna and the Iolanthe, to enjoy a picnic on the southern harbour foreshores. Landing at Camp Cove, the group spent some time ashore before being ordered off by a landowner - the title to private property along that shoreline extending, under the terms of the original grant, to the high water mark. Under sail in increasingly gale-force and gusty conditions to find an alternative picnic spot, the Iolanthe capsized off the South Reef with the loss of seven lives, including those of two children. An inquest returned a verdict of accidental drowning, the coroner suggesting that there was no indication of incompetence or poor judgment on the part of skipper or crew.

William Notting had earlier owned the Iolanthe,and years later would refer to the tragedy in the context of his fight for public foreshore access, arguing that had the party been allowed to continue their picnic in peace, the accident would never have occurred. In his submission to the Royal Commission for the Improvement of the City of Sydney and its suburbs (1909) Notting married the incident with the situation on the Wentworth family’s Vaucluse Estate, the foreshores of which had in 1898 been fenced off, and a caretaker instructed to prevent pleasure craft and picnic parties from landing. Thus the Iolanthe and its seven victims became a rallying point for his cause, and a source of fresh public focus. 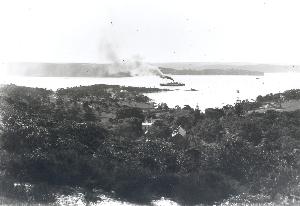 This was acquired for the public due to the efforts of William Notting and the Harbour Foreshores Vigilance Committee.

Land at Parsley Bay was resumed on 29 August 1906 and dedicated for public recreation on December 4 1907. Vaucluse Council assumed responsibility for the care and maintenance of the Reserve at this time, with custody formalized in 1916 when the Municipal Council was appointed Trustee.

The Tourists’ Guide to Watsons Bay and Vaucluse, published in 1910, wrote of Parsley Bay:

‘Parsley Bay, at present the first stopping place of the steamer from Sydney, is a beautiful, sheltered cove. On its shores are ideal camping and picnic grounds, and the large area of bush scenery is perfect, suggesting pleasant rambles to the pleasure seeker. Across the head of the bay the Council have built a suspension bridge, which is an added interest to the sightseer and a great convenience’. 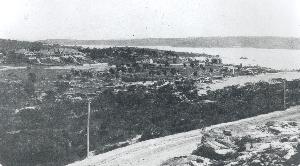 Parsley Bay from Hopetoun Avenue, reproduced from the brochure for the Folly Estate, 1907.

Nielsen Park was named after the Minister for Lands, Niels Nielsen, responsible for the formation of the Foreshores Resumption Scheme in 1911 and the subsequent resumption and acquisition of harbour foreshore land at Vaucluse. Nielsen Park was resumed by the Government in 1911 and a Board of Trustees was formed to administer the park. One of the first acts of the trustees was to remove the fences which had prevented public access to the foreshore. The park was transferred to the National Parks and Wildlife Service in 1968 and later became part of the Sydney Harbour National Park. 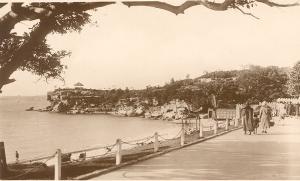 Foreshore land from Bayview Hill Road to Nielsen Park was resumed in May 1912 and added to in 1940 at the behest of Vaucluse Municipal Council. The land was declared a Reserve for Public Recreation on November 13 1964 and placed under the management of Woollahra Council. The Reserve became part of the Sydney Harbour National Park on November 12 1983. It became known as the Hermitage Reserve and was placed under the control of the National Parks and Wildlife Service. 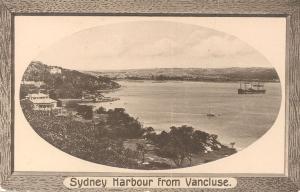 The house Carrara was built in 1854-6 for the merchant and landowner, John Hosking and designed by the architect J.F. Hilly. The house and grounds were purchased by the Government for use as public land in 1914. However the house, renamed Strickland House after the N.S.W. state governor, Sir Gerald Strickland, was used first as a convalescent hospital for women in 1915, then also taking in men from 1933 and from 1960 it operated as an aged persons facility until 1989 when it was closed. The grounds were opened to the public in March 1994. 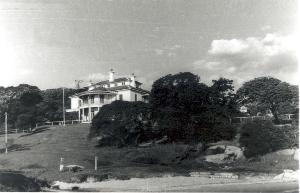