What's new on the shelves?

Before the Coffee Gets Cold by Toshikazu Kawaguchi (eBook)

In a small back alley in Tokyo, there is a cafe which has been serving carefully brewed coffee for more than one hundred years. But this coffee shop offers its customers a unique experience: the chance to travel back in time.

In Before the Coffee Gets Cold, we meet four visitors, each of whom is hoping to make use of the cafe's time-travelling offer, in order to: confront the man who left them, receive a letter from their husband whose memory has been taken by early onset Alzheimer's, to see their sister one last time, and to meet the daughter they never got the chance to know.

But the journey into the past does not come without risks: customers must sit in a particular seat, they cannot leave the cafe, and finally, they must return to the present before the coffee gets cold ...

Toshikazu Kawaguchi's beautiful, moving story explores the age-old question: what would you change if you could travel back in time? More importantly, who would you want to meet, maybe for one last time? 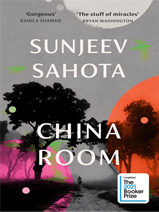 Mehar, a young bride in rural 1929 Punjab, is trying to discover the identity of her new husband. She and her sisters-in-law, married to three brothers in a single ceremony, spend their days hard at work in the family's 'china room', sequestered from contact with the men. When Mehar develops a theory as to which of them is hers, a passion is ignited that will put more than one life at risk.

Spiralling around Mehar's story is that of a young man who in 1999 travels from England to the now-deserted farm, its 'china room' locked and barred. In enforced flight from the traumas of his adolescence - his experiences of addiction, racism, and estrangement from the culture of his birth - he spends a summer in painful contemplation and recovery, before finally finding the strength to return 'home'.

The Cellist by Daniel Silva (eBook)

Viktor Orlov had a longstanding appointment with death. Once Russia's richest man, he now resides in exile in London, where he is waging a crusade against the kleptocrats who have seized control of the Kremlin. His mansion is protected by armed bodyguards. Yet somehow, on a rainy summer evening, in the midst of a global pandemic, Russia's vengeful president finally manages to cross Orlov's name off his kill list.

Before him was the receiver from his landline telephone, a half-drunk glass of red wine, and a stack of documents ...

The documents are contaminated with a deadly nerve agent. The Metropolitan Police determine that they were delivered by one of Orlov's employees, a prominent investigative reporter. And when the reporter vanishes hours after the killing, MI6 concludes she is a Moscow Center assassin who penetrated the billionaire's formidable defenses. But Gabriel Allon believes his friends in British intelligence are dangerously mistaken.

His search for the truth will take him to Geneva, where a private intelligence service is plotting an act of violence that will plunge an already divided America into chaos. Only Allon, with the help of a brilliant young woman employed by the world's dirtiest bank, can stop it.... 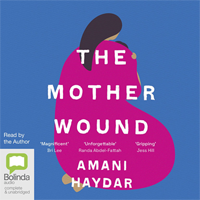 'I am from a family of strong women.'

Amani Haydar suffered the unimaginable when she lost her mother in a brutal act of domestic violence perpetrated by her father. Five months pregnant at the time, her own perception of how she wanted to mother (and how she had mothered) was shaped by this devastating murder.

After her mother's death, Amani began reassessing everything she knew of her parents' relationship. They had been so unhappy for so long - should she have known that it would end like this? A lawyer by profession, she also saw the holes in the justice system for addressing and combating emotional abuse and coercive control.

Amani also had to reckon with the weight of familial and cultural context. Her parents were brought together in an arranged marriage, her mother thirteen years her father's junior. Her grandmother was brutally killed in the 2006 war in Lebanon, adding complex layers of intergenerational trauma.

Writing with grace and beauty, Amani has drawn from this a story of female resilience and the role of motherhood in the home and in the world. In The Mother Wound, she uses her own strength to help other survivors find their voices. 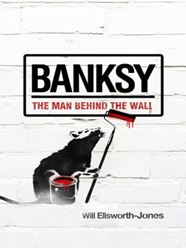 For someone who shuns the limelight so completely that he conceals his name, never shows his face and gives interviews only by email, Banksy is remarkably famous. From his beginnings as a Bristol graffiti artist, his artwork is now sold at auction for six-figure sums and hangs on celebrities' walls. The appearance of a new Banksy is national news, his documentary Exit Through the Gift Shop was Oscar-nominated and people queue for hours to see his latest exhibition. Now more National Treasure than edgy outsider, who is Banksy and how did he become what he is today? In the first attempt to tell the full story of Banksy's life and career, Will Ellsworth-Jones pieces together a picture of his world and unpicks its contradictions. Whether art or vandalism, anti-establishment or sell-out, Banksy and his work have become a cultural phenomenon and the question 'Who is Banksy?' is as much about his career as it is 'the man behind the wall'.

Made for Living by Amber Lewis (eBook) 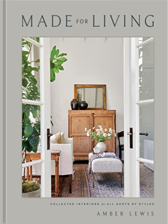 Whether you're decorating your first home or refreshing your space, Amber Lewis teaches you how to layer the things you own for a cohesive, beautifully designed home. Delivering tips on refreshing a room with new paint (including finding the perfect white), mixing textiles and pillows, and blending neutrals, Amber's beautiful, California cool will help you transform your home into one that's elegant and timeless--a look you'll want to keep for the long run. 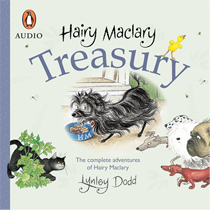 Ever since Hairy Maclary first trotted out of the gate and off for a walk, he has been adored by millions of children and adults all over the world. For the very first time, Lynley Dodd's ten classic stories starring Hairy Maclary are brought together in this audio treasury, with each tale specially introduced by Lynley Dodd herself.

The Hairy Maclary Treasury is the complete collection of Hairy Maclary's mischievous and mad adventures, which children will love to listen to over and over.