The Land Before Avocado by Richard Glover 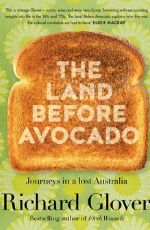 Well known ABC radio presenter and author, Richard Glover's latest book is a joy. Richard Glover applies his wit and insight into examining how Australia was in the 60s and early 70s. When life was supposedly simpler (and no one had heard of avocado on toast!). While a nostalgic look at our past, Glover doesn't hesitate to shine a light on some of the more questionable aspects of life and attitudes in Australia during those decades.

The Land Before Avocados will have you smiling and for some of you, send you off on an enjoyable trip down memory lane. The book's keen observations and reflections on where we have recently come from as a society make it this a highly recommended read.

The Wife and the Widow by Christian White 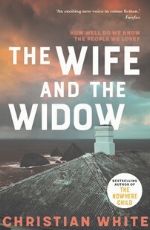 I loved this book so much that I just want to immediately read it again so I can look out for all the clues I unwittingly missed the first time round.

There’s not a wasted word. The language is tight, carrying just the right level of detail to briefly sketch out the scene and the characters and nothing more - a perfect narrative voice for this type of book.

But what sucked me in and wouldn’t let me go was the pacing - the gradual unravelling of the plot, pulling me in tighter and tighter as the twin storylines slowly converge into one sucker punch of an ending. 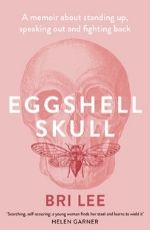 Great book about the Australian legal system – a memoir from the dual perspective of legal professional and complainant. Well written, thought provoking and every bit as harrowing as it should have been in places.

Available on Bolinda as eBook and eAudiobook

The Rosie Result by Graeme Simsion 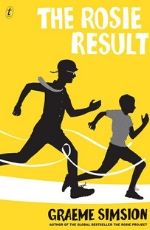 A light easy read with likeable characters – which is often all one needs in a book. The first Rosie book skirted around the issue of autism, but this one addressed it more directly.

The result is an interesting exploration on where the line between difference ends and disability begins - and how subjective the position of said line is. It wasn’t all deep and heavy musings on mental health though – there still were plenty of moments that were funny and/or genuinely touching to make it an overall uplifting read. 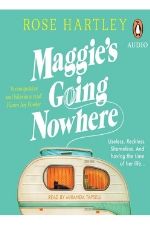 This is a book full of humour, warmth and relatable characters. Maggie Cotton is an unlikely heroine. She's a bit of a hopeless screw up and at times super frustrating, but by the final stages of the book, the reader is on her side cheering her on and hoping for her happy ending. For Australian readers it's an added bonus that the novel is set in Melbourne and is full of familiar cultural references.

A light, easy and endearing read and just the tonic for these trying times. 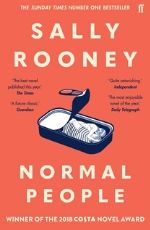 I have done a book review of “Normal People” by Sally Rooney This book is really a love story about two adolescents who meet at school and separate quite a few times. It is more than a love story though as each goes through their own dreams and comes to realise how much they mean to each other. The book concentrates on the girl and the mother of the boy also features as an anchor to their up and down relationships. The girl, in particular, has many issues that she has to address.

The girl, Marianne, says to the boy Connell, as he hesitates to go away for a year to a course he really wants to attend, “You should go. I’ll always be here”. They have found a deep friendship as well as love.

The book is well written, very believable and mirrors the experiences of some young people. I would recommend this book for anyone wanting a quick read of a well written book. 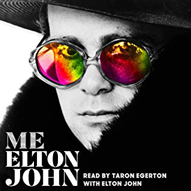 Sir Elton gives a candid, moving, and self-deprecating account of his life – from his boyhood in the London suburb of Pinner, to the dizzying heights of stardom, to the crushing weight of addiction. He writes in such a way that I felt like I was a close friend in his inner circle, his style at once familiar and engaging.

Taron Egerton, who played Elton John in the movie “Rocketman,” gives a stellar narration performance. Listening to him is like being told a story over a cup of tea, one that goes cold because you can’t stop listening even to take a sip. Some of the references are a bit self-indulgent, but would it really be an authentic Elton John autobiography without it?

Whether you’re an Elton fan or not, put this on your list. As a book I would give this 3.5 stars, but as an audiobook it rockets up to 4.5.

The Secrets She Keeps by Michael Robotham

This is a perfect introduction for newcomers to Michael Robotham, and to audiobooks. It’s a standalone novel (Robotham is also the author of a number of series) full of complex characters who have far more to them than meets the eye.

The story is told from the perspectives of Meghan and Agatha, two pregnant women who orbit one another from a distance before their paths align, then crash together and become irreparably entwined. Both of them are hiding deep secrets, which would cause catastrophic damage to those around them were they to be uncovered, and make for fantastically unreliable narrators.

Lucy Price-Lewis does a wonderful job performing the two protagonists, using a different accent for each so you don’t lose track of whose perspective you’re hearing. Perfect to listen to when you’re out for a walk during your daily dose of fresh air, but perhaps not at night… the thrilling criminal aspects are best enjoyed over the light of day! 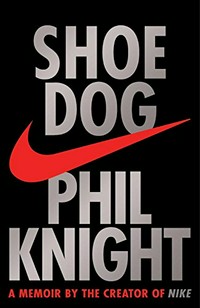 Shoe Dog is a brilliant book by the man behind the swoosh. A memoir of Phil Knights’ trials and tribulations of establishing the global brand as we know today as Nike.

The book is a tale of the underdog, attempting to disrupt the shoe industry with their innovative designs. I was enticed by the book after reading the first 5 pages. I had no idea that Nike was only founded as recently as 1964 as it has become such a household name. This book taught me many lessons about resilience and patience when setting up a new company. One of my personal favourite parts of the book is when Phil is brokering a deal with New Balance for Nike's (or Blue Ribbon Sports') first flagship shoe. I would personally recommend this to any aspiring entrepreneur or any curious mind.

A Gentleman in Moscow by Amor Towles 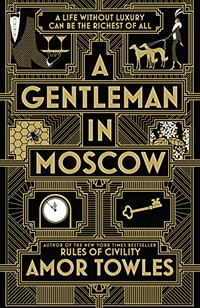 A Gentleman in Moscow is, without a doubt, the perfect book for isolation and lockdown! Set after the Russian Revolution, A Gentleman in Moscow follows the life of Count Alexander Rostov, an aristocrat who has been sentenced by the Bolsheviks to house arrest in an extravagant hotel, never to step foot outside for the rest of his life.

What I love about this book is that even though the main challenge faced by the protagonist is boredom and dread, as the Count reckons with a lifetime surrounded by identical rooms and endless corridors, Towles manages to make the book exciting and fun, much like the Count does himself. But what made me come back to this novel during lockdown was the emotional journey of the Count as he learns to not only accept his circumstances (that now seem quite familiar), but embrace them. However, I love that this is never portrayed as an easy journey, with the Count’s views, perspective and emotions fluctuating over the years as he matures. It was when reading these parts which detailed the Count’s uncertainty that I felt as though I should have a pen and paper nearby in order to jot down the many poignant insights and quotes that Towles provides on resilience, identity and uncertainty.

One quote in particular that stuck with me was, “if a man does not master his circumstances then he is bound to be mastered by them”. These beautiful pieces of prose form a work that allows one to expand their horizons and adapt their perspective, all while being physically restricted. 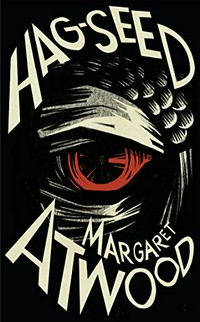 Hag-Seed is Margaret Atwood’s fun and exciting re-imagining of William Shakespeare’s The Tempest; with fun, complex and memorable characters Atwood adds to her reputable canon with this serious yet lighthearted novel. I really enjoyed reading this novel and especially enjoyed re-reading The Tempest afterwards.

Felix who is tragically toppled from his position as director of the Makeshiweg Festival is exiled to a backwater hovel where he begins to plot his revenge. An incredibly funny and intelligent read, Atwood develops upon Shakespeare’s text with serious wit and humour. In particular this book really captured my imagination and I really loved learning more about her characters.

Especially in these trying times this book is more relatable than ever, dealing with the pain of losing someone close to you and how to overcome this. Atwood expertly deals with this theme of grief, delivering a comedic yet highly insightful read. 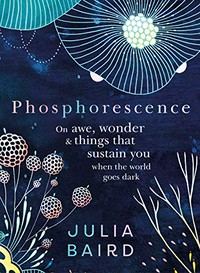 We are living through exceptionally turbulent times and many of us struggle to make sense of the world around us. The timing of the release of Julia Baird’s Phosphorescence is prescient. This book is an excellent guide to ﬁnding inner peace and coming to terms with what you cannot change.

The book has an autobiographical element in that Julia shares her own life (and near death) experiences to illustrate the importance of enjoying the moment, ﬁnding beauty in nature, valuing friendship, learning to accept and not judge, and to constantly evolve as a citizen of the world. She shares her own life stories and quotes pearls of wisdom from well known writers and philosophers to illustrate the importance of her message. A single mother, Julia respects and unreservedly loves her children, her parents and her brothers.

This is a guidebook for those wanting to ﬁnd light in a  world that often seems dark.  It is a book to savour, to read slowly so that the reader can absorb the wisdom.

Complications: A Surgeon's Notes on an Imperfect Science by Atul Gawande 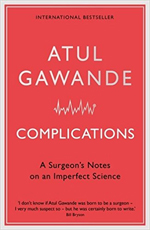 Complications is a fascinating if slightly unsettling exploration of the uncertainties and limitations of modern medicine. In the style of Oliver Sacks, Atul Gawande combines personal anecdotes, case studies and up-to-date research on a diverse range of medical topics.

Complications peels back the curtain to expose the highs and lows of the operating theatre – and the confronting truth that it is often little more than guesswork and luck that demarcates life from death. 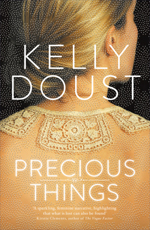 Precious Things is a story about a once glittery, beaded collar (or coronet) and its journey with tales of the various owners over the decades. The once beautiful collar has been found in a bulk lot of items by auctioneer and textile expert Maggie who works in a demanding job for an auction house in London. Maggie’s character ties the story together as an interested party tries to trace back the history of the collar after seeing it on a morning TV programme. It’s an absorbing tale about very different owner of the collar and switching between countries and time periods to share more history of the collar.

It’s also about a journey about marriage, family commitments, wanting more, making choices and that the precious things that we want are what we had all along.

Kelly Doust is a Sydney based author who has combined her interest with vintage clothing and customising fashion in the intriguing novel.