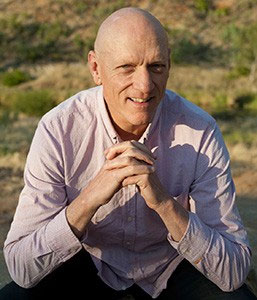 Peter Garrett is a well-known activist, musician and former federal politician. A founding member of Midnight Oil, he was twice president of the Australian Conservation Foundation before entering parliament as the member for Kingsford Smith in 2004. He subsequently served as a minister in the Rudd/Gillard governments. Married with three children, he lives in Sydney.

Charlotte Wood’s excoriating The Natural Way of Things, taut and pungent, impossible to put down. She is a fine local writer who deserves a wide readership.

The National Library in Canberra, best location in Australia, and a generous reading room for students, researchers and the public. I used to hang out there as a student at ANU in the 70’s.

That I was 'sat on’ whilst in politics. Anyone who knew me would question that assertion, I just happened to be disciplined.

If at first you don’t succeed, try and try again.

What inspired you to write Big Blue Sky?

My life so far been full on, and ranged over many areas that were important to me, and, at times, to the nation, and I was keen to get it down while the experience was still fresh. Plus I have such affection for the country and what it has meant to me from childhood, I wanted to capture some of that intense feeling. 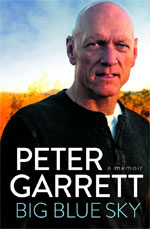 Peter Garrett's life has been fully and passionately lived. A man of boundless energy, compassion, intelligence and creativity, he has already achieved enough to fill several lives.

From his idyllic childhood growing up in the northern suburbs of Sydney, to an early interest in equality and justice; from the height of 1960s culture shock at ANU to fronting iconic Australian band Midnight Oil; from his time as a galvanising activist for the environment to being the only unaligned Cabinet minister in two Labor governments, Garrett has an extraordinary story to tell.

He writes movingly about his lifelong mission to protect the environment and his connection with Aboriginal people, about his love for his family and his passion for our country: what it means to him and what it can become.

Provocative, entertaining, impassioned and inspiring, this memoir goes to the heart and soul of a remarkable Australian and raises questions crucial to us all.