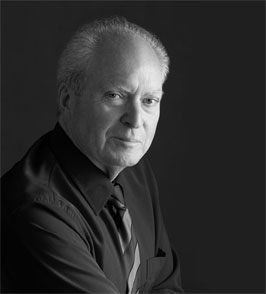 Roland Perry is one of Australia's best known authors. He has written 26 books, many of them going on to become bestsellers, including Bradman's Invincibles, The Changi Brownlow, The Australian Light Horse and Monash: The Outsider Who Won a War.

Alan Moorehead. He was a war correspondent with a brilliant touch, sense of history and a lyrical style. He understood character and narrative. For me, his best books were African Trilogy and The Traitors.

That's a toss-up between two holidays spent on Greek Islands' Aegina and Spetses in 1977 and 1978 when I was writing my first book Program for a Puppet.

Be driven by two things: character and narrative; build a modest home first, don't try to create a mansion; don't show the manuscript to friends, the only reader that counts is the publisher; most professionals through history take four books to find a voice.

A toss-up between a human moment: the birth of my son, and professional one: the birth of my career, when a UK publisher told me he wanted to publish my book. After a score of rejections I finally received a nod. 33 years and 29 books later it proved to be so.

What was the best thing about writing Bill the Bastard?

The research and coming to the realisation that without question I was writing about the greatest war horse of all wars in the last 200 years. The material was so amazing, that it nearly adhered to that hoary old cliché: it wrote itself.

Want to know more about Bill the Bastard? 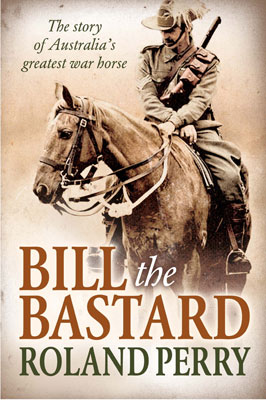 Bill the Bastard is an epic yarn based on the true story of a great Australian war horse who rode with bravery and valour at Gallipoli, the desert campaigns of Egypt, and Palestine.

Bill was massive. He had power, intelligence and unmatched courage. In performance and character he stood above all the other 200,000 Australian horses sent to the Middle East in the Great War. But as war horses go he had one serious problem. No one could ride him but one man - Major Michael Shanahan. Some even thought Bill took a sneering pleasure in watching would-be riders hit the dust.

Bill the Bastard is the remarkable tale of a bond between a determined trooper and his stoic but cantankerous mount. They fought together. They depended on each other for their survival. And when the chips were down, Bill's heroic efforts and exceptional instincts in battle saved the lives of Shanahan and four of his men.

By September 1918, 'Bill the Bastard' was known by the entire Light Horse force, who used his name not as an insult, but as a term of endearment. Bill had become a legend, a symbol of the courage and unbreakable will of the Anzac mounted force. There was no other horse like Bill the Bastard.