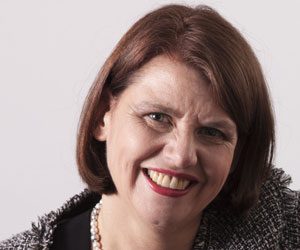 Meg Keneally started her working life as a junior public affairs officer at the Australian Consulate-General in New York, before moving to Dublin to work as a sub-editor and freelance features writer. On returning to Australia, she joined the Daily Telegraph as a general news reporter, covering everything from courts to crime to animals' birthday parties at the zoo. She then joined Radio 2UE as a talkback radio producer. In 1997 Meg co-founded a financial service public relations company, which she sold after having her first child. For more than ten years, Margaret has worked in corporate affairs for listed financial services companies, and doubles as a part-time SCUBA diving instructor. She lives in Sydney with her husband Craig and children Rory and Alex.

I’m currently reading an excellent historical biography, The Girl from Botany Bay by Carolly Erickson, on the life of a first fleet convict called Mary Bryant, on whom I’m hoping to write something soon.

Yes, the State Library of NSW is a wonderful place. The Colonial Secretary’s papers in the family history section, in the modern wing, were immensely useful in writing The Soldier’s Curse, but my favourite place is the oldest, Mitchell Wing, trawling through Historical Records of Australia. I was last in there a few weeks ago, looking at the Parramatta Female Factory regulations for Monsarrat book two.

Nothing so far, but I’m sure Tom [Keneally] has a million of them.

Everything always looks better after a good night’s sleep, so put what’s worrying you aside until morning (from my father).

And from a former colleague – first get it written, then get it right.

What inspired you to write The Soldier's Curse?

I was incredibly lucky to be asked to work on this by Dad, who had for some years been toying with the idea of a convict detective, with a character inspired by gentleman convict and probable Ralph Rashleigh author James Tucker. I’ve always had an interest in Australian history so it was wonderful to be able to visit 1825 each day, especially as the characters became more and more developed during the writing. I feel very privileged to have had the experience of collaborating on this book with my father.

Want to know more about The Soldier's Curse? 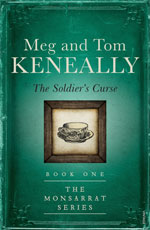 In the Port Macquarie penal settlement for second offenders, at the edge of the known world, gentleman convict Hugh Monsarrat hungers for freedom. Originally transported for forging documents passing himself off as a lawyer, he is now the trusted clerk of the settlement's commandant.

His position has certain advantages, such as being able to spend time in the Government House kitchen, being supplied with outstanding cups of tea by housekeeper Hannah Mulrooney, who, despite being illiterate, is his most intelligent companion.

Not long after the commandant heads off in search of a rumoured river, his beautiful wife, Honora, falls ill with a sickness the doctor is unable to identify. When Honora dies, it becomes clear she has been slowly poisoned.

Monsarrat and Mrs Mulrooney suspect the commandant's second-in-command, Captain Diamond, a cruel man who shares history with Honora. Then Diamond has Mrs Mulrooney arrested for the murder. Knowing his friend will hang if she is tried, Monsarrat knows he must find the real killer.

And so begins The Monsarrat Series, a fast-paced, witty and gripping series from Tom Keneally and his eldest daughter, Meg.

The Soldier's Curse is published by Random House and available now