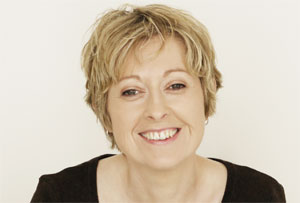 Maggie Joel has been writing fiction since the mid-1990s and her short stories have been widely published in Southerly, Westerly, Island, Overland and Canberra Arts Review, and broadcast on ABC radio.

To The Lighthouse by Virginia Woolf. At the start of this year I re-read most of Virginia Woolf’s novels, having not gone near them since the Nineties and feeling in need to some literary inspiration, and I was astounded at how much she has influenced my own writing. I’ve always loved Between the Acts and The Years but now re-reading To The Lighthouse, it really is her finest.

The manner in which she creates a moment, a depth of emotion, with a single deft description is truly breath-taking, and always at the micro level, never straying far from the minutiae of domestic life, and yet a whole life, the whole of society, even, is experienced through that microcosm. I found I was reading a passage and feeling so blown-away I had to either put the book down for a moment to let it wash over me or I would rush to the computer to get down a passage or a scene for own manuscript.

I used to visit Marrickville Library almost weekly when I lived there but I’ve recently moved to Camperdown and have yet to identify my nearest library. But really who doesn’t have the fondest memories of their childhood library, the place they first discovered their favourite childhood book, where they sat in the corner turning over the pages of thick, scribbled-on picture books while their mum poured over the latest paperback romances in another part of the library?

So for me that means Rickmansworth Library, which is the town about 17 miles north of London where I grew up. I revisited it just a couple of weeks ago to research my next book and it seemed…very small, but still rather wonderful. And something I have learnt about my library, many years after I moved away, is that it is only a stone’s throw from the house where George Eliot, the Victorian novelist, lived. That pleases me.

One reviewer complained that my last novel ended with the words ‘THE END’. I mean she really rallied against it! It was the oddest and funniest thing I’ve ever read. I suppose it’s helped me to not take reviews too seriously.

I’ve just come out the other side of a very long and distressing spell of writers block so I got a lot of advice given to me over that period. What helped? I’m trying to think if any of it did. A colleague at my workplace is quite a well known musician and we discussed not long ago the perennial issue of juggling your artistic work with your paid-work commitments. He said he makes himself work on his music for five minutes each night.

I’ve recently started that – making myself come from home from work and write one paragraph each evening, that’s all just one paragraph. Of course often it becomes more than that but it keeps me thinking about the book all week long and not have to try, when the weekend comes, to pull myself back into that place.

Half the World in Winter is set in late Victorian England, a time where Empire and industry ruled and woe betide you if you fell outside of that, either for economic or for other reasons. My story was inspired by two incidents described on the SBS family history program ‘Who Do You Think You Are?’: one was the horrific death of a housemaid burned alive in a Victorian drawing room following an accident with a kerosene lamp. The second was the death of an engine driver in a train crash (one of apparently dozens of such accidents), also in Victorian England.

The horror of the first incident and, what appeared to be, the shocking regularity of the events described in the second incident, both struck me at the time and I began to study the many and varied ways in which people died in Victorian England – and often in ways that simply do not exist today. It seemed as though the average Victorian risked their life on a daily basis – if they were not dashed beneath the hooves of a galloping horse or shot in a hunting accident or drowned falling through the ice on the Thames, they would be struck down by one of a dozen grim diseases. How, then, did the Victorian family not only dodge death, but also cope with death when it did strike? Did they, I wondered, deal with death, with mortality, the same way we do?

Want to know more about Half the World in Winter?

It is London, 1880, and Lucas Jarmyn struggles to make sense of the death of his beloved youngest daughter; his wife, Aurora, seeks solace in rigid social routines; and eighteen-year-old Dinah looks for fulfilment in unusual places. Only the housekeeper, the estimable Mrs Logan, seems able to carry on.

A train accident in a provincial town on the railway Lucas owns claims the life of nine-year-old Alice Brinklow and, amid the public outcry, Alice's father, Thomas, journeys to London demanding justice. As he arrives in the Capital on a frozen January morning his fate, and that of the entire Jarmyn family, will hinge on such strange things as an ill-fated visit to a spiritualist, an errant chicken bone and a single vote cast at a board room meeting.

Written with charm, humour and rich period detail, Maggie Joel has created an intriguing novel of a Victorian family adrift in their rapidly changing world.