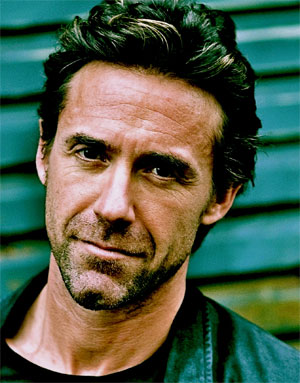 Jesse Fink is the author of The Youngs: The Brothers Who Built AC/DC and two other books, Laid Bare: One Man's Story of Sex, Love and Other Disorders and 15 Days in June: How Australia Became a Football Nation.

The Yukon in far-north Canada. I went there to follow a race called Yukon Quest, the Canadian version of the Iditarod. Flew from Whitehorse to Dawson City in a tiny plane filled with chickens and First Nations people and landed on an icy runway. Went dog-sledding, ice-fishing and saw the Northern Lights. It’s a magical part of the world. The beauty and silence of the wilderness up there is awe-inspiring.

You’re a product of your experiences, good and bad, so take a few risks in life. Even if things don’t work out you’re going to have something to write about. And read widely. Anything you can get your hands on. It all goes into your brain somewhere.

That incredible moment when I’ve genuinely, truly fallen in love with a woman. Only happened twice. Nothing better.

What was the best thing about writing The Youngs?

Just being able to contribute something fresh and new to the stack of books out there about AC/DC, the greatest rock band in the world. The Youngs shows there is a lot more to the AC/DC story than most people thought.

Want to know more about The Youngs: The Brothers Who Built AC/DC? 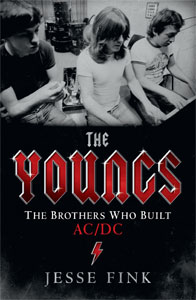 The Youngs is unlike any other AC/DC book you've read before. Less a biography, more a critical appreciation, it tells the story of the trio through 11 classic songs and reveals some of the personal and creative secrets that went into their making. Jesse Fink shares with us the concept and inspiration behind writing a music biography about one of the greatest rock and roll bands in the world.