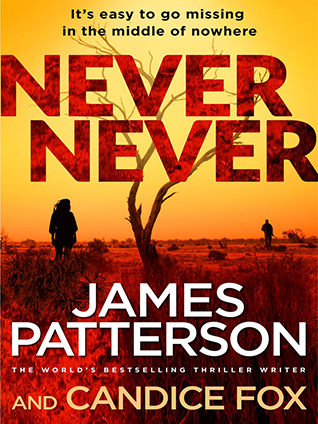 Candice is the middle child of a large, eccentric family from Sydney's western suburbs composed of half-, adopted and pseudo siblings. The daughter of a prison parole officer and an enthusiastic foster-carer, Candice’s first novel, Hades, won the Ned Kelly Award for best debut in 2014 from the Australian Crime Writers Association. The sequel, Eden, won the Ned Kelly Award for best crime novel in 2015.

In 2015 Candice began collaborating with James Patterson. Their first novel together, Never Never, set in the vast Australian outback, will be released in August 2016. They have also co-written a prequel novella, Black & Blue, as part of the James Patterson BookShots series. They are currently at work on the sequel.

I was asked to interview Adrian McKinty for the Sydney Writers’ Festival, so I picked up his latest in the Sean Duffy series, Raindogs. Eerie, violent and frequently hilarious. I don’t read an awful lot of crime fiction these days, as I find it difficult to relax into a story, and reading true crime provides me with plenty of material for my mental encyclopaedia of killing. No true crime book has touched me quite like Amy Dale’s The Fall, about the murder of Lisa Harnum. Disturbing stuff, and so relevant, as our society strives to change its view on domestic violence.

I don’t think I’ve ever been into a bad one. But you can’t beat the State Library of New South Wales for style and grandiosity. Something that big, filled with that much knowledge, always makes me feel small.

Oh, there is so much weird stuff out there. It’s ramping up now because of my partnership with James Patterson. It’s always bizarre what people want me to know about the work – like someone will write me a personal message on Facebook to tell me that my characters smirk too much, or that they think Eden should be blonde rather than dark-haired. It’s always hilarious when people angrily tell me they ‘figured out’ who the killer was in Hades or Fall and that it was too easy. I tell you from the beginning who the killer is in both of those novels. They’re not who-dunnits.

Artistically – That pace is more important than description. When I was a young writer I thought that the more realised a setting was, the more interesting a story was. My work was loaded with minute description of every room and landscape and person. I thought that editing meant adding more description. But it doesn’t matter how real or beautiful a scene looks and feels if nothing at all is happening.

Professionally – Brandon VanOver from Penguin Random House wrote a blog piece about getting published, and he mentioned that it’s useless to try to get ‘cute’ with publishers when you’re pitching your work. That’s true. I always ask how my publishing people and my agent are going and what’s going past their desks this week, and there’s a marked disdain for manuscripts and pitch emails that are too colourful, superior, flattering or full of jokes. I think there is a misconception out there that you should ‘stand out from the pack’. You shouldn’t. Your work should. All you should do is focus on looking professional, grateful and eager to learn.

What inspired you to write your books?

I think writers tend to wander into genres that they’re familiar with, and I’ve got a lot of crime in my background, particularly in my childhood. My mother had six kids and then fostered more than 150 children while I was growing up, so there were always cops and DOCS workers going in and out of our house telling the terrible stories of these children’s lives and the crimes of their parents. In such a calamitous household, it wasn’t easy to keep an eye on everyone, or to notice when someone might have been hearing something they were far too young to hear. I started getting stuck into my mother’s extensive crime fiction and true crime collection from about age seven. When I met James Patterson for the first time I told him I’d read his ‘Kiss The Girls’ when I was twelve. He was mortified.