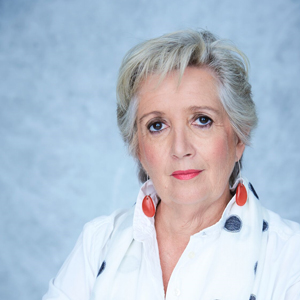 Jane Caro is an author, novelist, broadcaster, columnist, advertising writer and social commentator. She was awarded the 2018 Walkley for Women’s Leadership.

The Silence of Girls by Pat Barker. Barker is one of my favourite writers, particularly The Regeneration Trilogy set in WW1. Her latest novel is set among the slaughter and slavery of the Trojan Wars seen from the perspective of the Trojan women who have been captured and enslaved by the victorious Achilles. It is terrifying, moving and completely absorbing.

My local library is Stanton Library in North Sydney. Its where I took my daughters when they were young and where I plan to take my grandson and daughter as soon as they are old enough to enjoy storytime there. It's a lovely, light and bright library which stages fantastic community events, some of which I have been lucky enough to be a part of.

I get misquoted and misrepresented regularly by a group of notorious right-wing male columnists for right wing news outlets. Happened two days ago, in fact, when I was quoted as saying the opposite of what I actually said. I have given up either reading or reacting to such rubbish. I am routinely surprised by the way some readers react to what I write (or what they think I have written) which makes the times a reader, critic or reviewer completely gets what you are trying to do so very refreshing.

The plight of far too many of the woman of my generation who have changed the world for the better for so many of us, but not – as it has turned out – for themselves. I wanted to honour their contribution and draw attention to their plight. 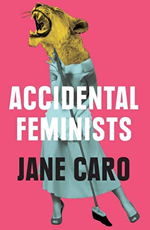 Women over fifty-five are of the generation that changed everything. We didn't expect to. Or intend to. We weren't brought up much differently from the women who came before us, and we rarely identified as feminists, although almost all of us do now.

Accidental Feminists is our story. It explores how the world we lived in-with the pill and a regular pay cheque-transformed us and how, almost in spite of ourselves, we revolutionised the world. It is a celebration of grit, adaptability, energy and persistence. It is also a plea for future generations to keep agitating for a better, fairer world.