A few grains of sand

As I opened my grandfather's military pocket book from the First World War, a few grains of sand fell to the table. The sand had been trapped in the book for nearly 100 years, transported from a place distant to my grandfather's residence in Australia - the sand was from Egypt! Was it from the time my grandfather was involved in the Charge of Beersheba - one of the last great cavalry battles or perhaps when he was laying communication lines near Amman in preparation for the capture of Gaza?

My grandfather, Thomas James Macgillicuddy, was swept up in the fervor of enlisting in World War 1. He, together with his brother Jack, joined the war effort - Thomas with the 1st ANZAC Mounted Division and Jack in the 1st Light Horse Regiment. Both were sent to Egypt.

Investigating the pocket book further, I found some fun photographs from the war - friends sitting outside their tent in what appears to be formal clothes, smiling at the camera, another on a favourite war horse. At the back of the book there is a section for his Will. Tom had left this blank... was this because he was feeling invincible or did he think in the end it didn't matter?

Both Tom and Jack lived out the war. On Tom's return home, he spoke little of what had occurred, except to mention the anguish he felt at having to shoot his horse who had carried him through thick and thin. No animals were allowed to return to Australia, they were told. Tom became the quiet, gentle man he was before going to war, settled down, married, bought a house, had a child and tried to put the experience of war behind him - except on occasions for the rest of his life, when he would wake up screaming - trapped in his own personal war in which no other could assist. 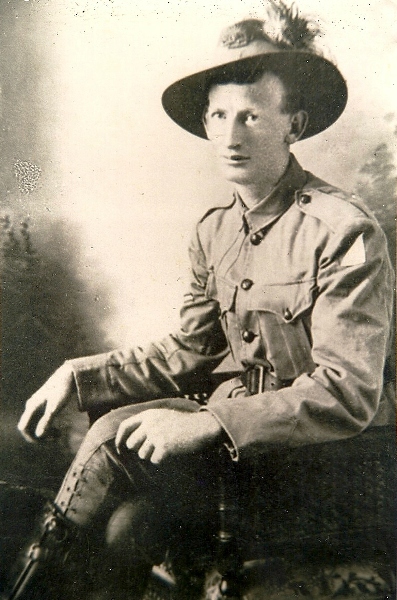 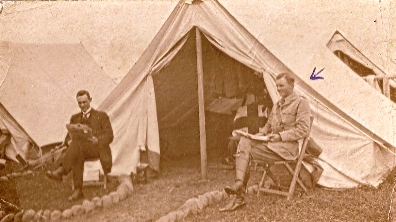 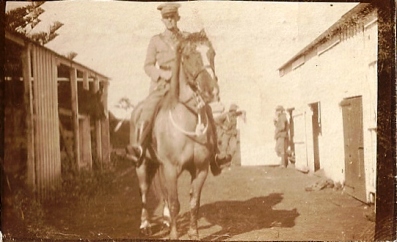