The Cooper's Bellevue Hill-Bondi Estate, last of the large scale releases of the Cooper estate, was released as three subdivisions between 1912 and 1919. The 1912 release was centred on a newly constructed estate road named ‘Birriga’ – eventually the route taken by the extension of the Bellevue Hill tramway to Bondi Beach.  Agents promoted the outlook available from the estate – with views to both harbour and ocean – with emphasis also on the comparative proximity of the tram terminus, and the announcement of the up-coming extension of the tram route. See also: Bellevue Hill and Cooper's Bellevue Hill-Bondi Estate.

Drainage problems delayed agreement with Council and hampered construction work - the steep terrain compounded problems already posed by the fragile, sandy soil, easily subject to wash-away and collapse - but the estate was eventually rewarded when, despite a property downturn, 148 of the available 227 allotments were sold at the December 1912 auction for a total value of nearly £37,000.

This series of photographs of the construction of Birriga, Bundarra and Banksia Roads, and Benelong Crescent, show the scale of works as cuttings and embankments re-arranged the natural landscape into a network of roads and building sites. In one image a road gang appear in miniature, dwarfed by their surroundings, and in others views of Rose Bay and the harbour can be seen in the background. 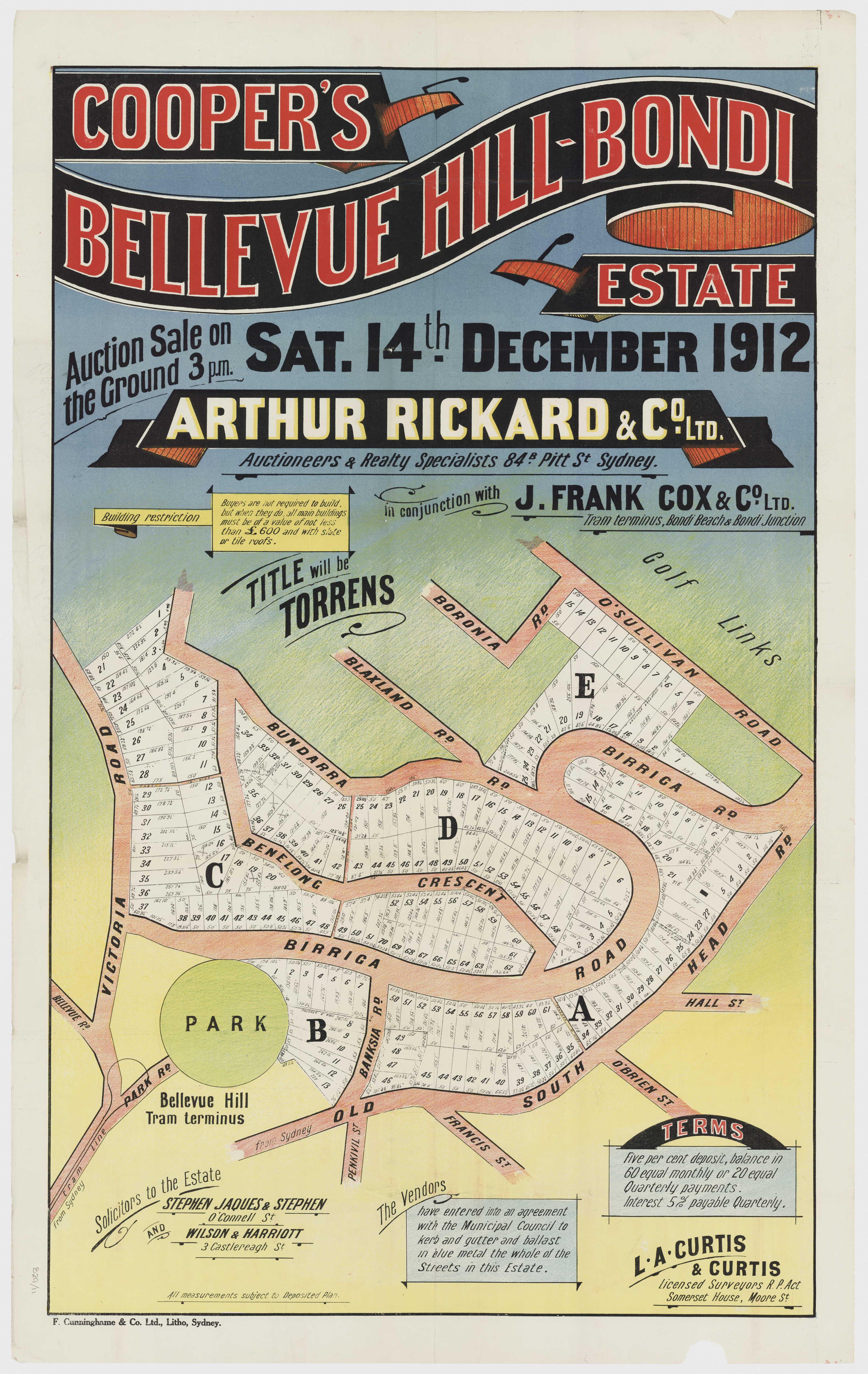 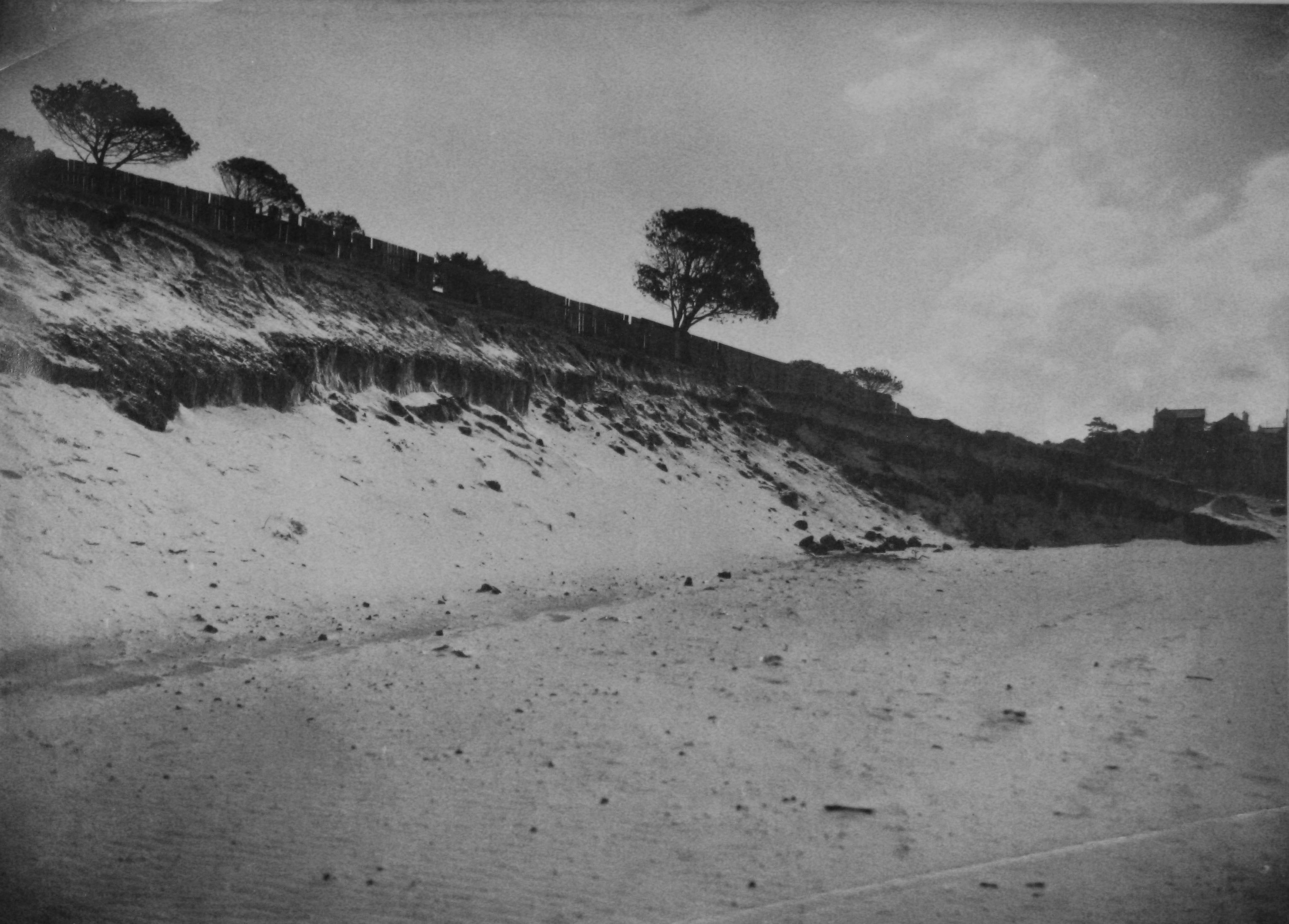 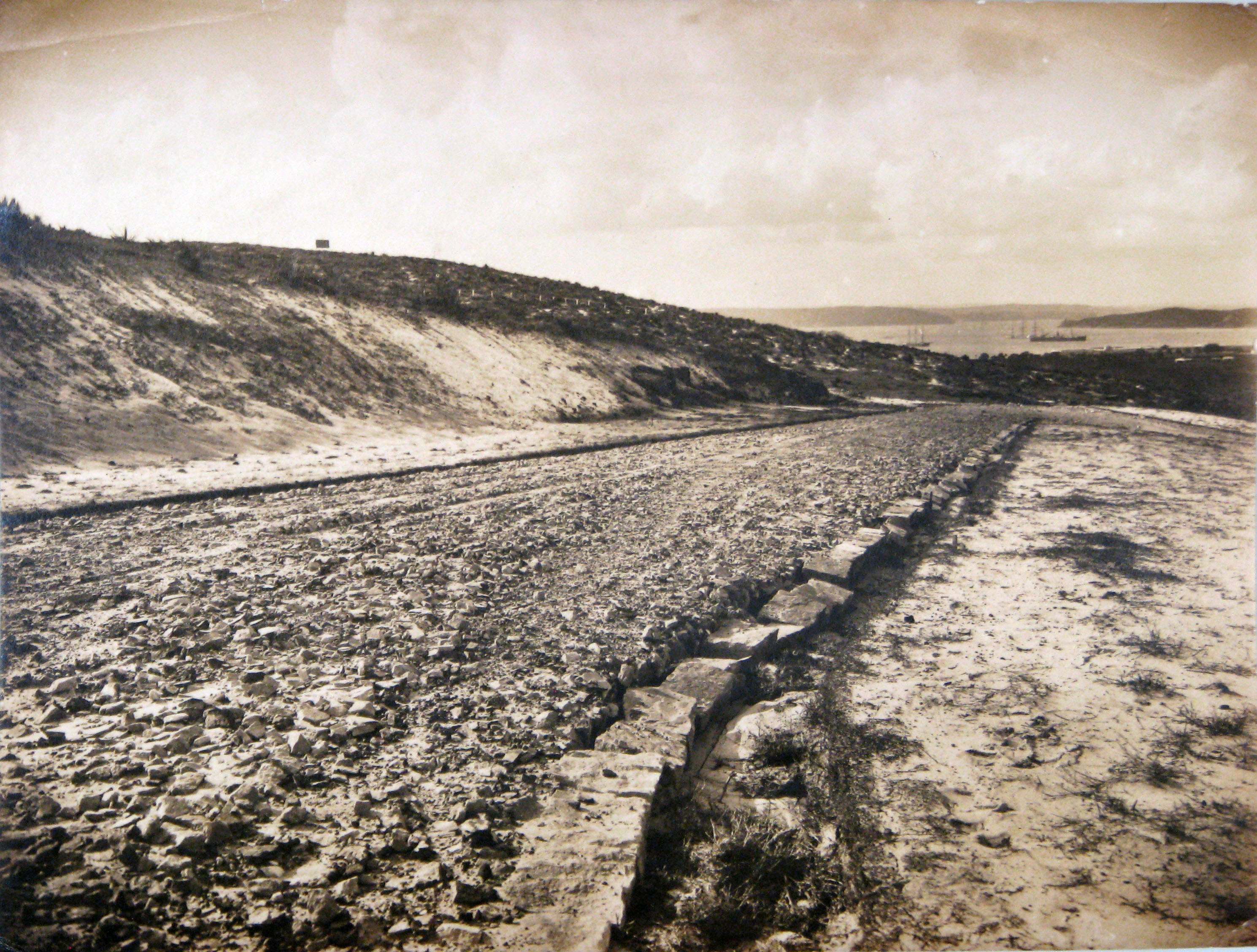 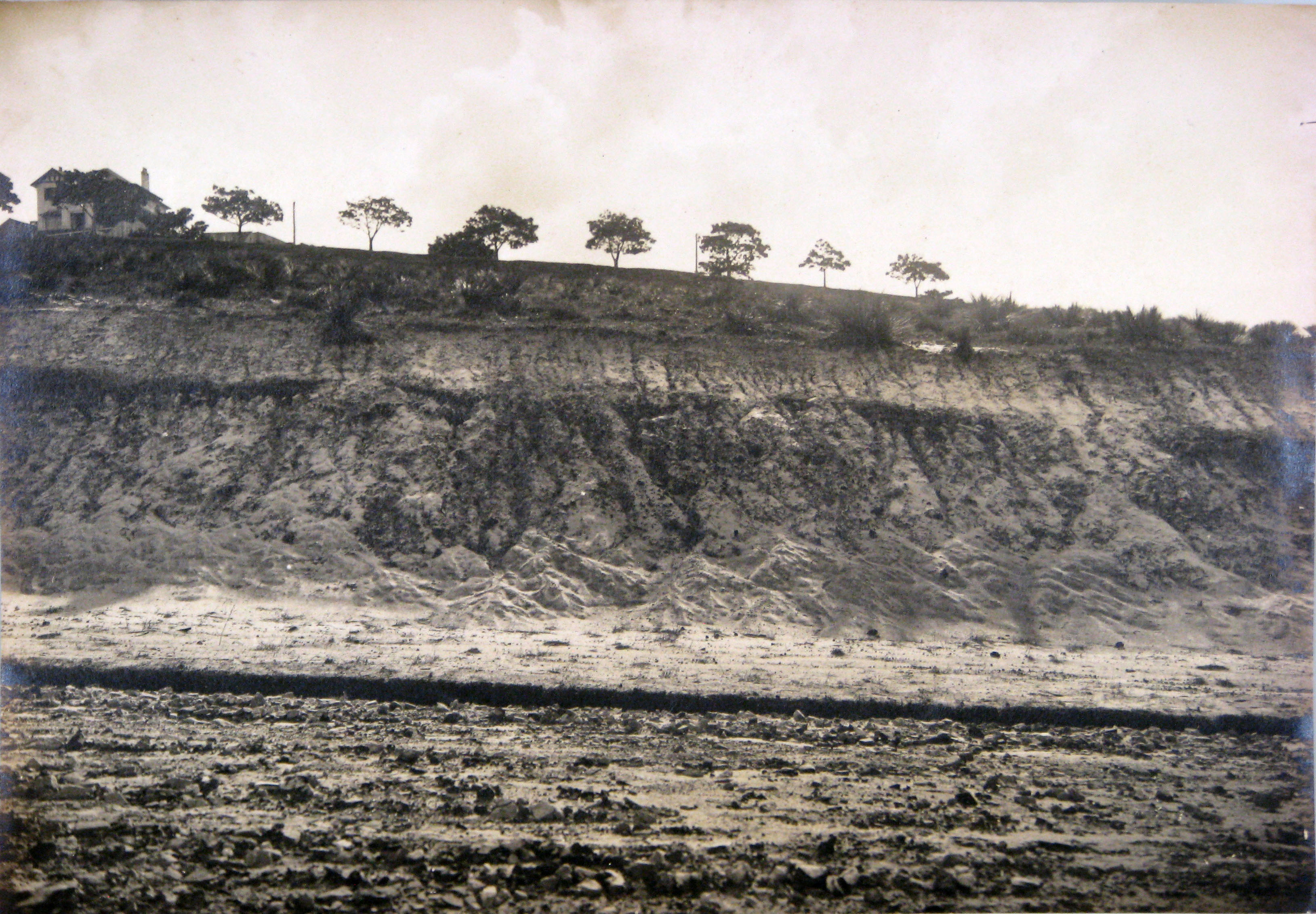 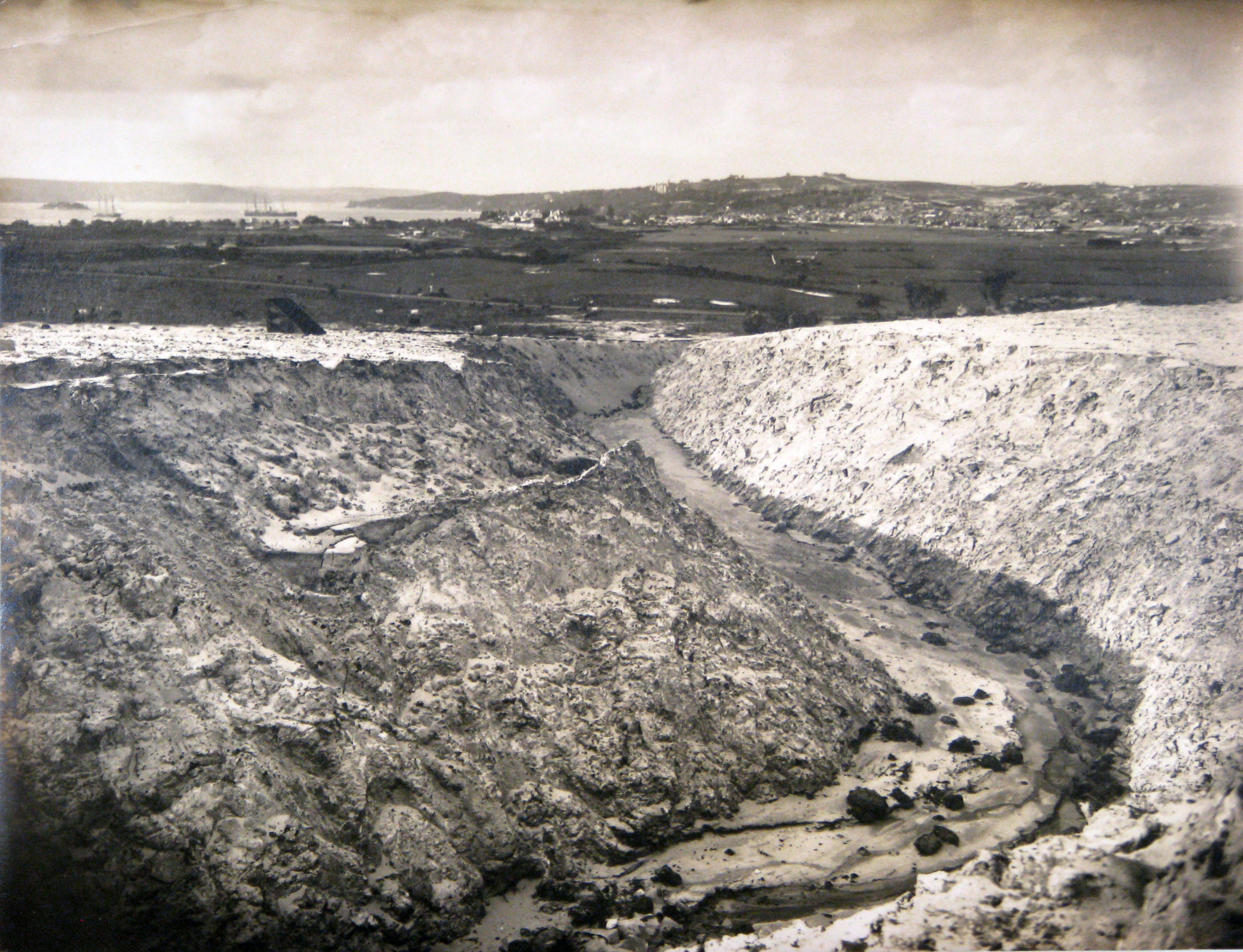 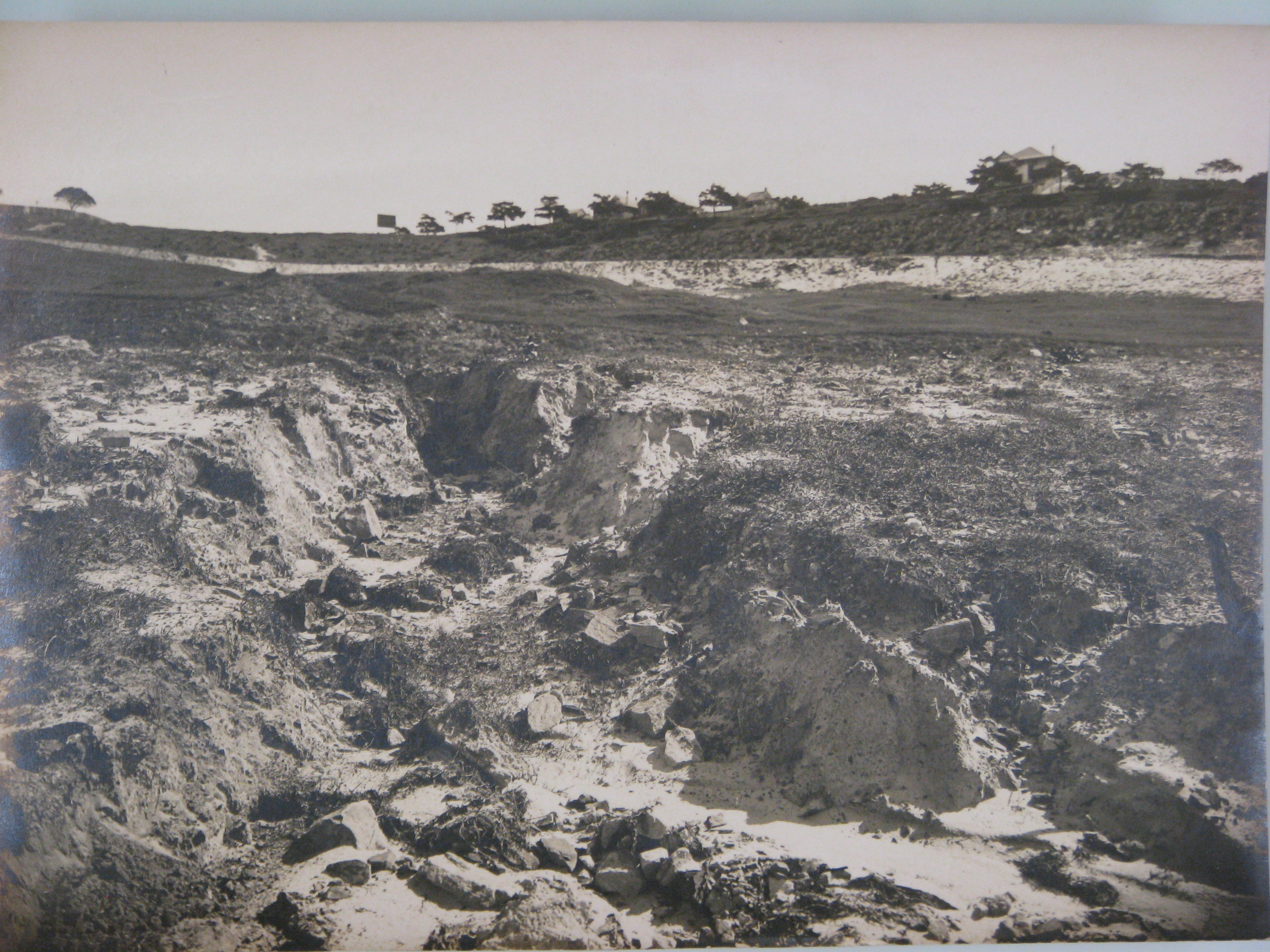 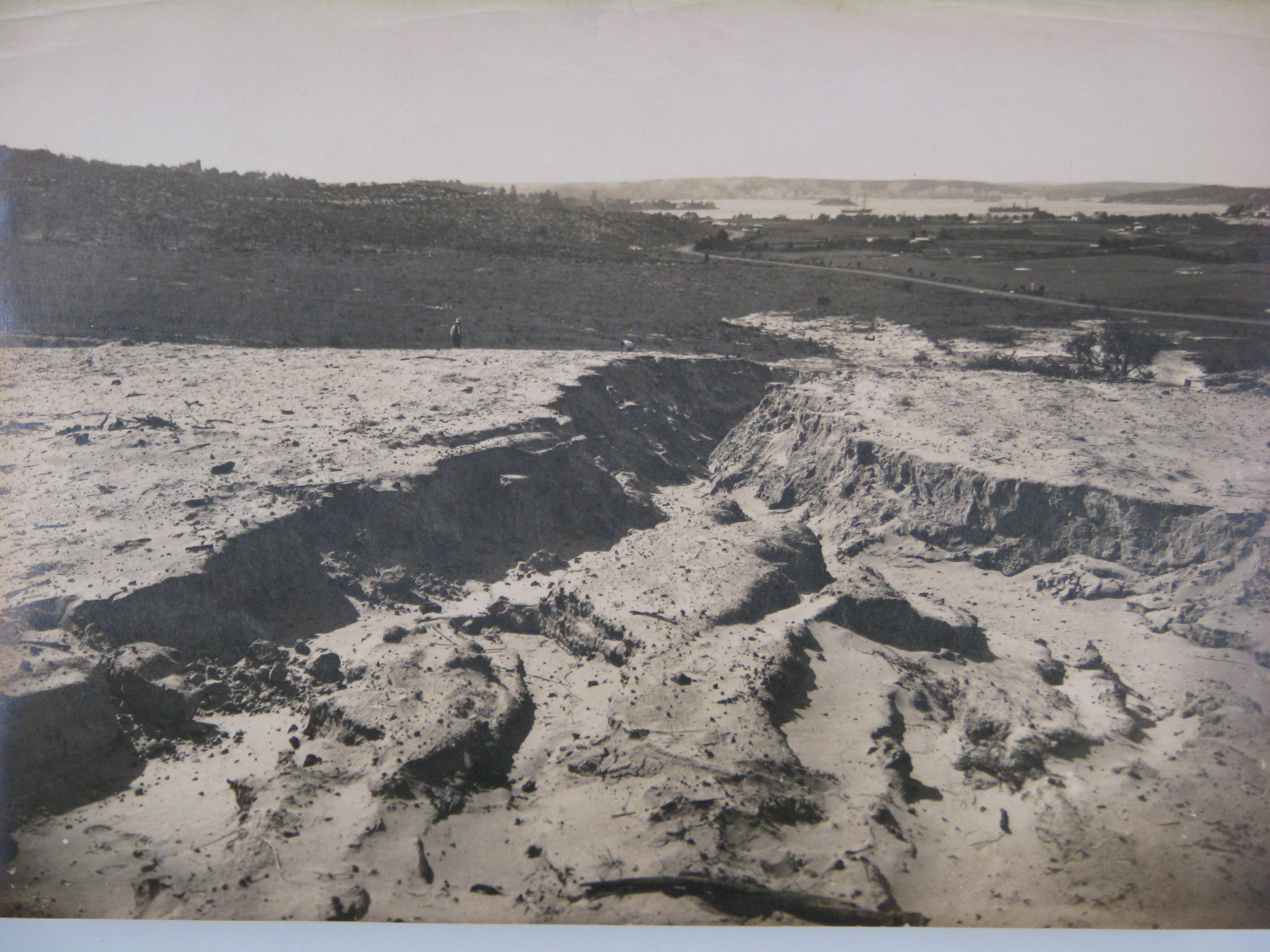 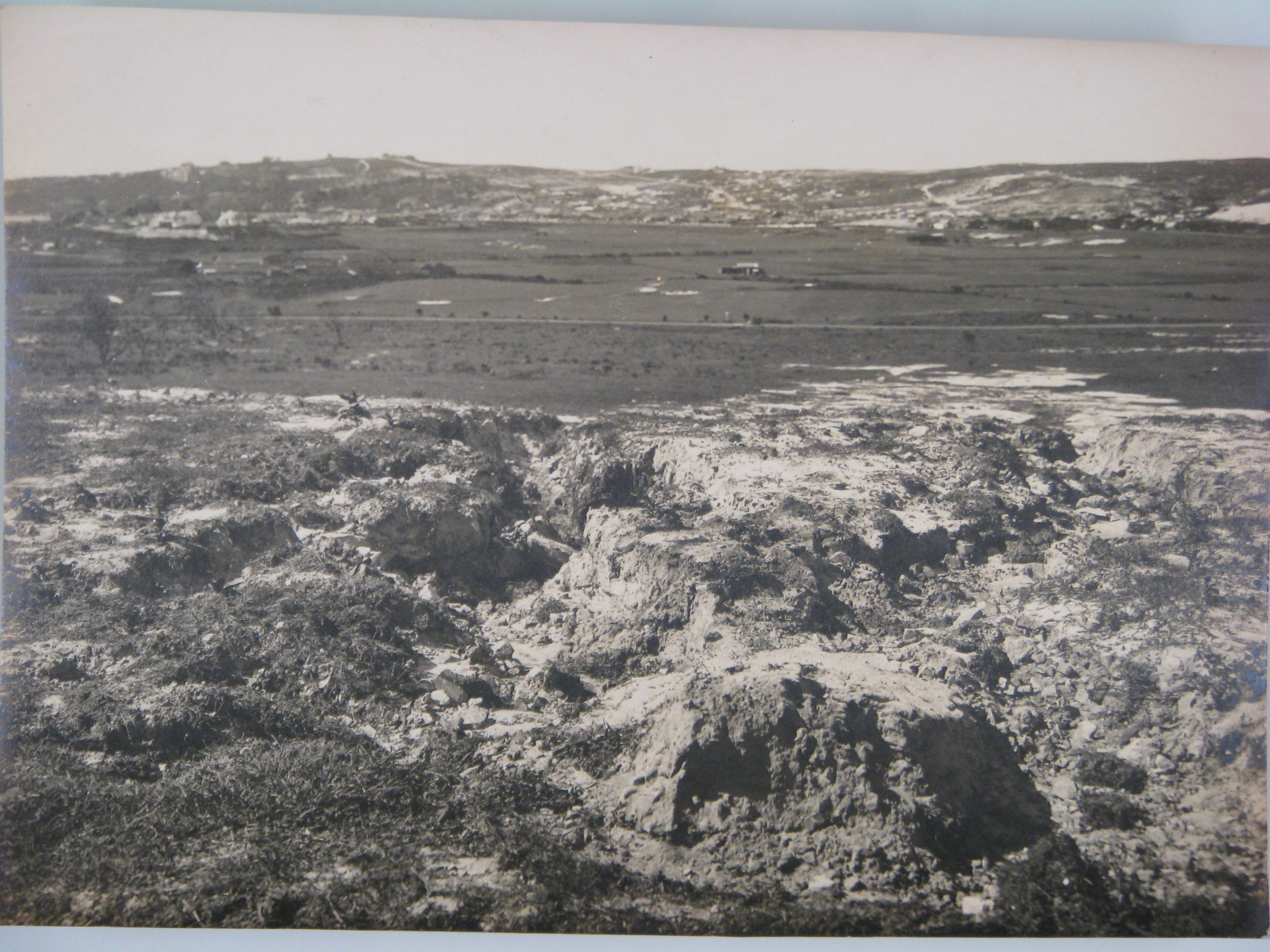 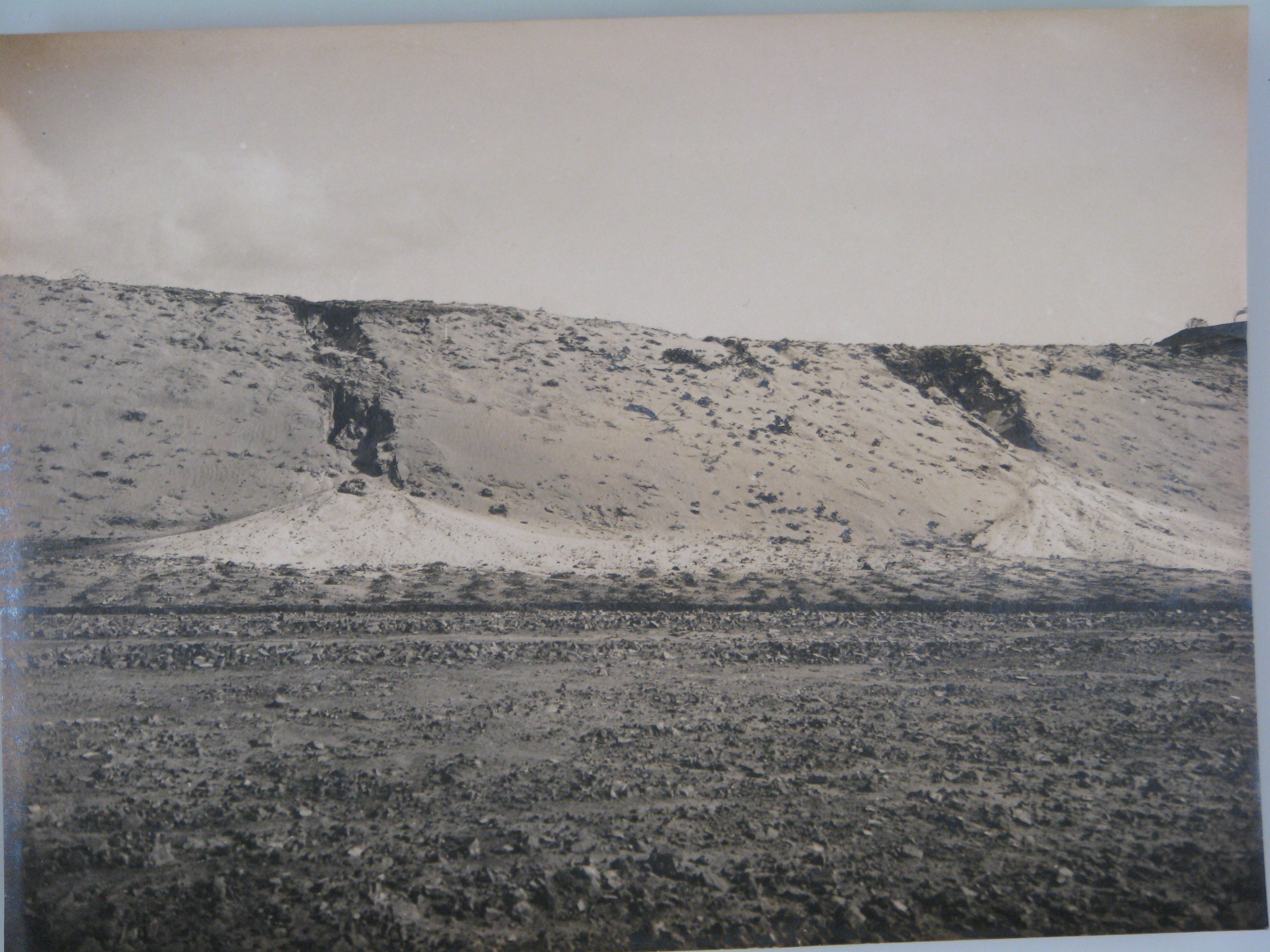 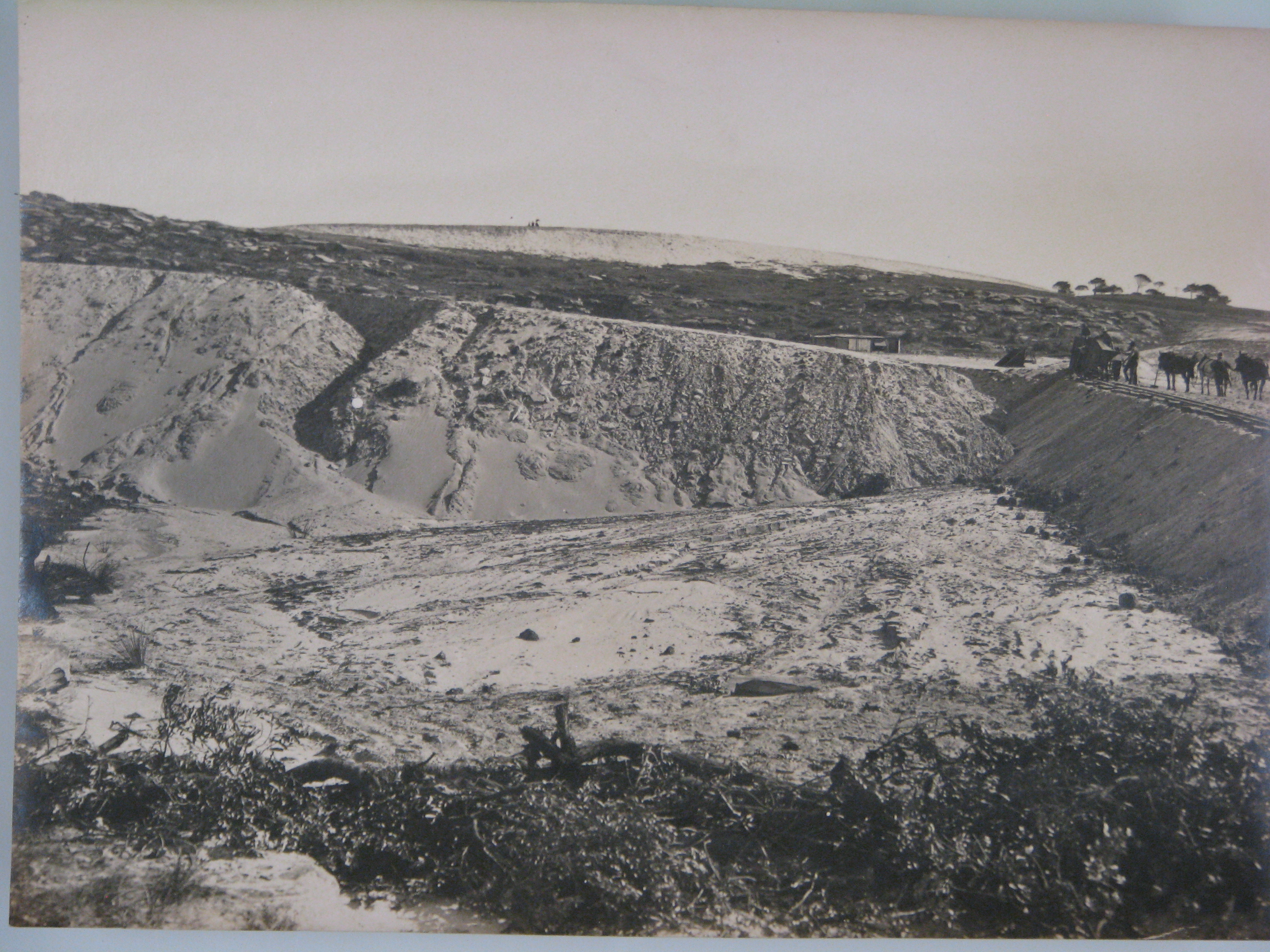 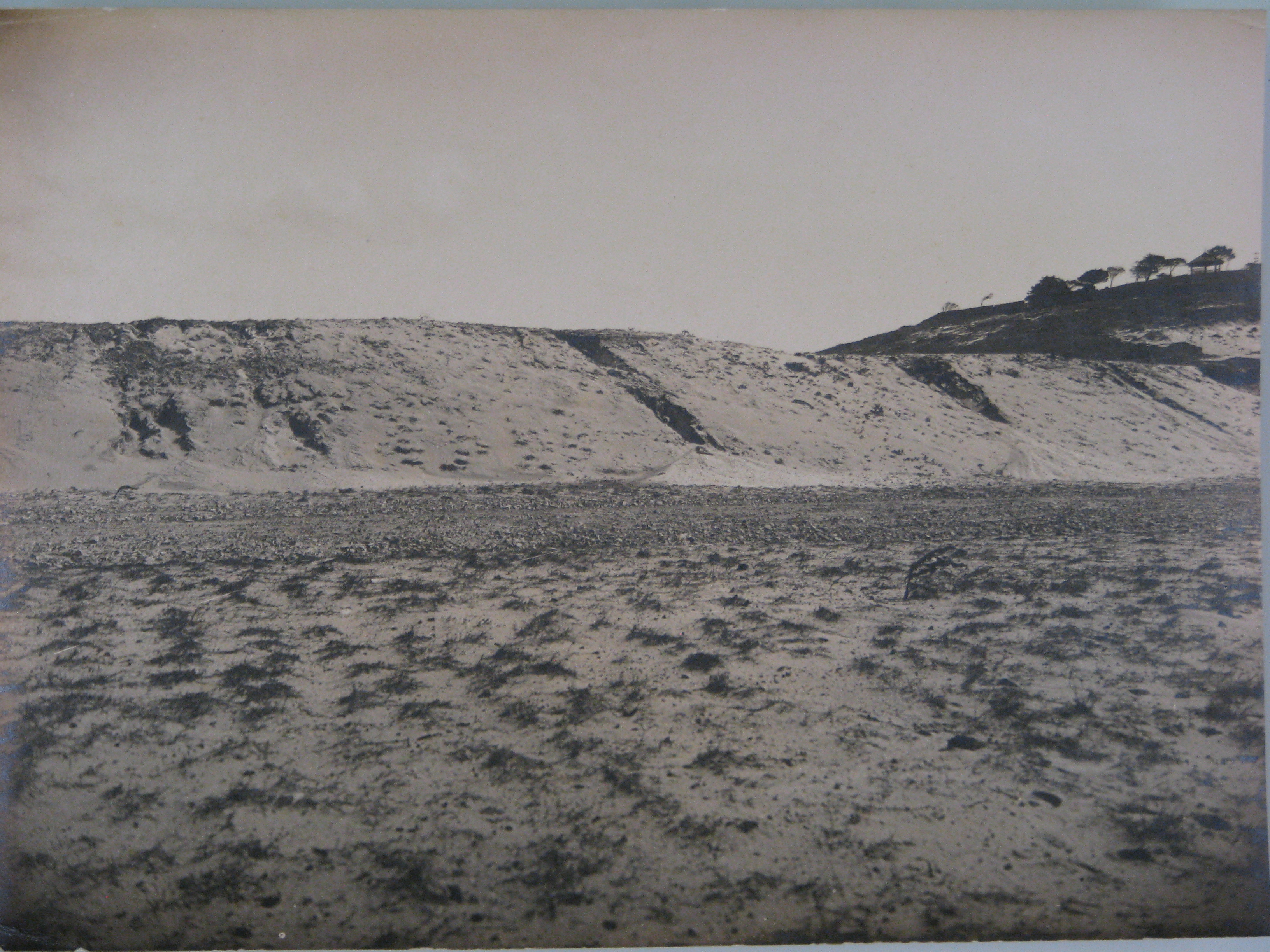 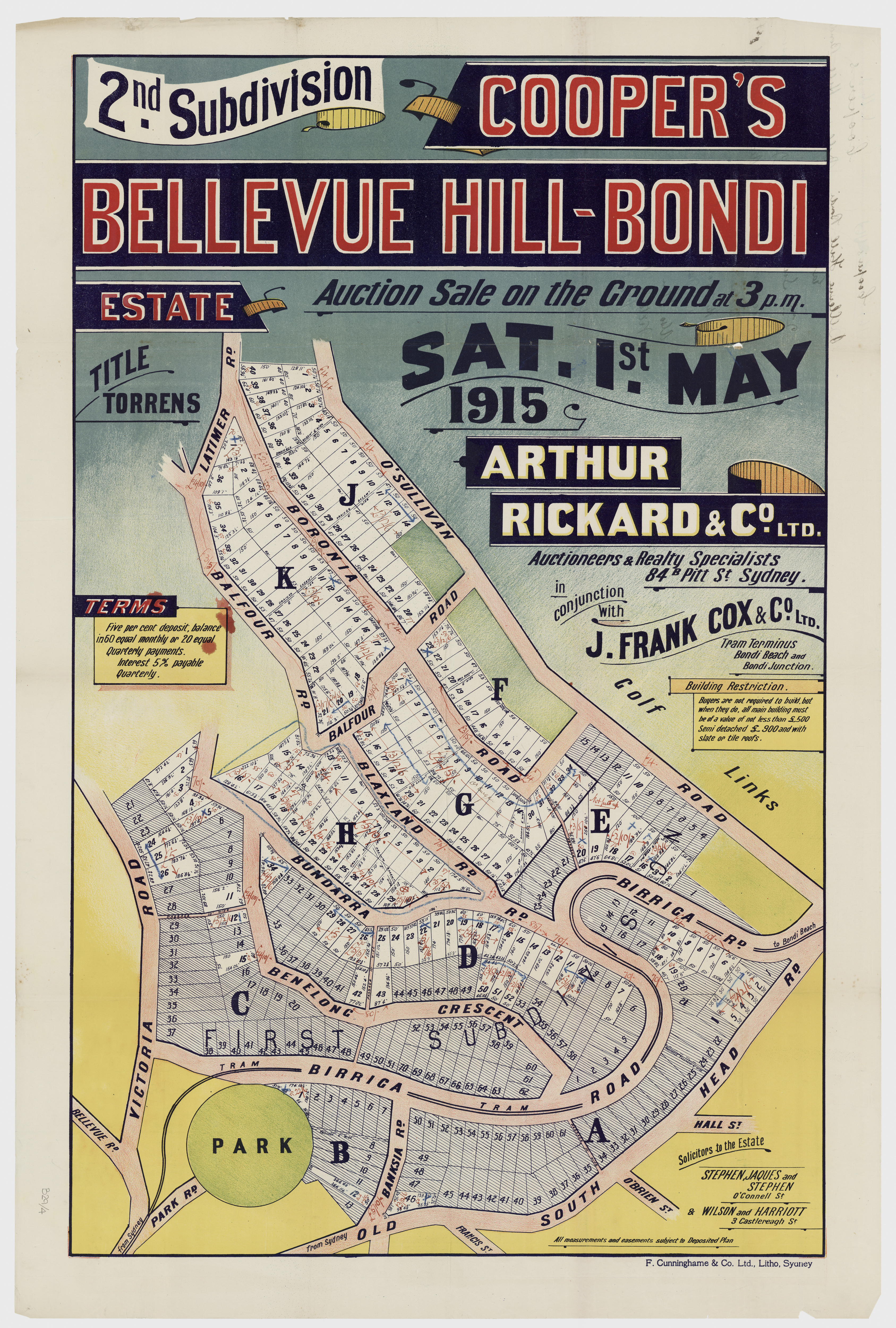 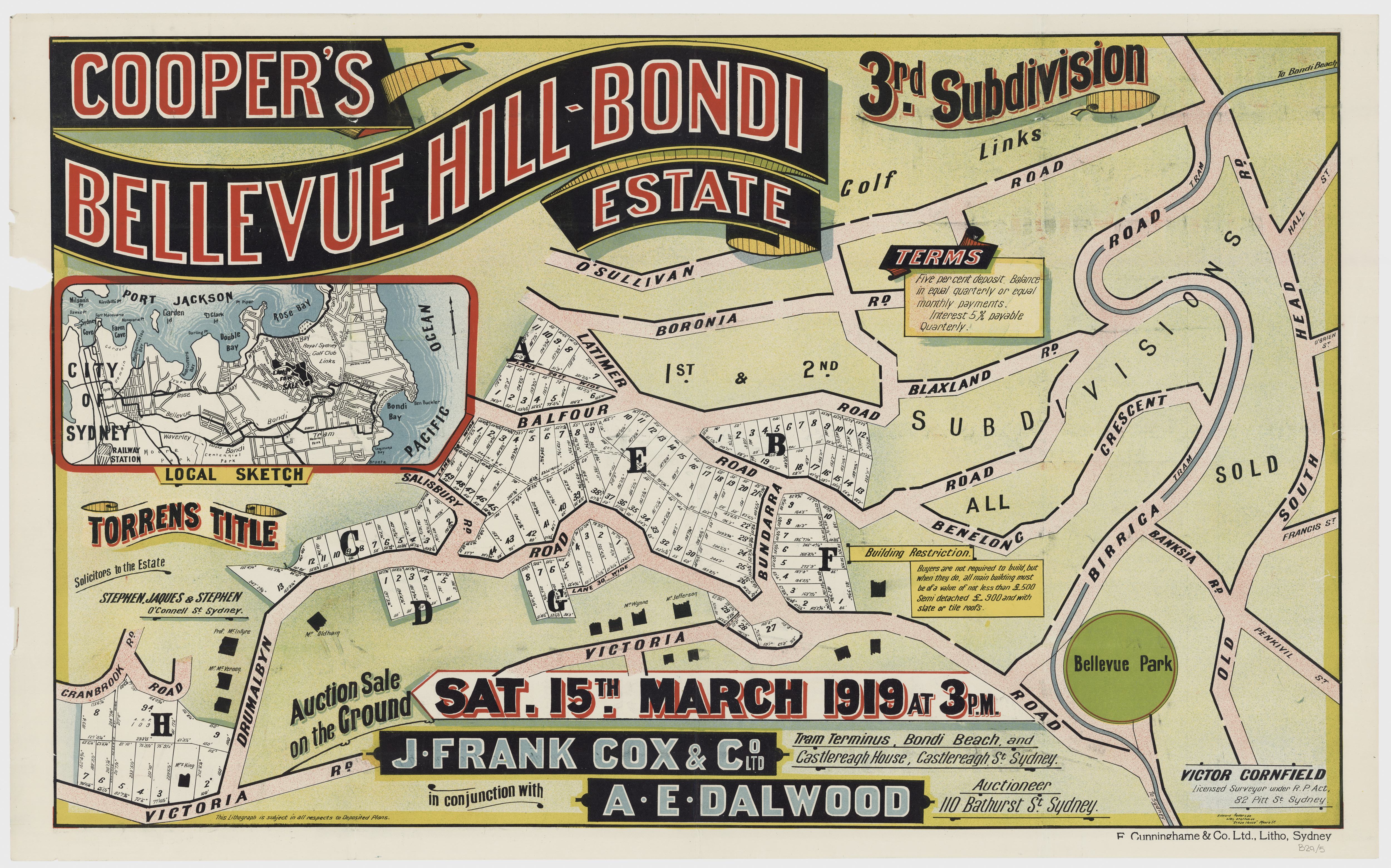 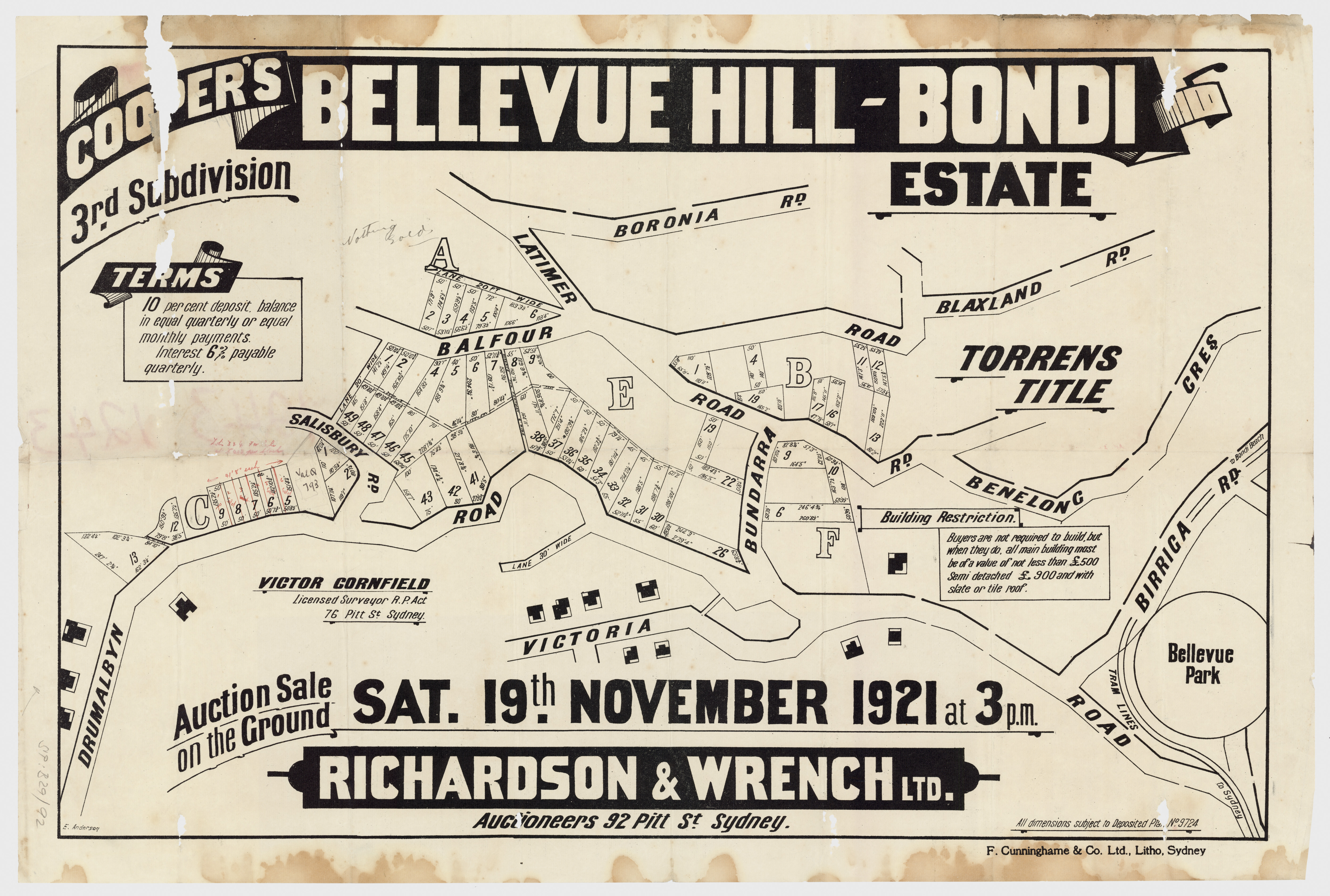