Rich in native flora and fauna

The Woollahra Municipality was once rich in native flora and fauna and the Eora people would have enjoyed a wide selection of foods. Today it is possible to catch seafood in the harbour and see native trees, fruits and vegetation that would have sustained groups and families.

However, development has destroyed the habitats of animals such as goannas, kangaroos, brush turkeys, and other marsupials that provided meat and eggs for the Eora.

"Bush tucker" is a term often used to describe the foods that Indigenous people ate before and during European settlement. In fact, many plants that the Eora collected still grow in the Woollahra area.

In the bush surrounding Nielsen Park, South Head and the Rose Bay foreshore there are many plant species that provided nutritious bush foods for thousands of years.

Some of these include fruit from various native fig trees that were crushed and formed into patties, several kinds of berries such as wombat and pigeon berries, and flowers that provided sweet honey-flavoured nectar. Common bush foods that are still found in the municipality include several varieties of Wattle trees that yield edible seeds, the Christmas Bell plant, Wystringa, used as a herb in the cooking of meat, and the Lomandra plant. Water Ribbons, Quandong, Lilli Pilli, Native Sarsparilla and lemon myrtle were also very common plants in the area at the time of European settlement.

Many bush foods are not safe unless prepared in a particular manner. This often includes pounding and washing the foods or grounding certain seeds to change their make-up. Pieces of rough bark were used as graters for some vegetables before washing and plants were often washed several times. 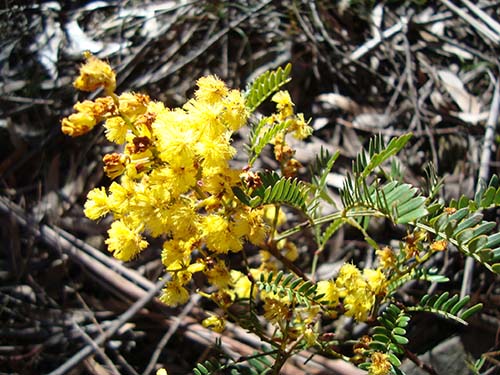