Walking Tours - From inlet to bay

There are several walking tours within the Woollahra Municipality that pass by areas of significant Indigenous cultural heritage, and places of interest in regards to the history of European settlement. Three of these walks are part of the Harbour Walk and the Coastal Walk series.

This walk leads you through harbourside locations from Rushcutters Bay (named as such due to the convicts and ticket-of-leave workers who cut wetland reeds for thatch roofs - to the Steyne Park area in Double Bay, where once Cadigal groups fished and gathered bush foods) to Rose Bay.

You can see some flora species of importance to the Indigenous diet, still thriving in the gardens, parks and bushland of the area and it is easy to imagine the traditional owners of the area fishing in the small bays and inlets along this walk.

As Tim Flannery says in The Birth of Sydney:

"The Cadigaleans and adjacent clans were a truly maritime people. Fish were their mainstay and they developed remarkable methods to catch them. They were one of very few Aboriginal groups to manufacture fishhooks, which they made by grinding down the shells of mud oysters. In late winter they journeyed into the bush to find suitable casuarina trees whose bark they used to build canoes up to five metres long. These they managed with astonishing dexterity."

"Mothers fished from them balancing infants on their shoulders, while men hunted with spears, their heads totally immersed in water, as a friend counterbalanced the unstable craft. Often they would cook their meal at sea on a pad of clay, atop which sat a fire."

This walk also passes by the Woollahra Library, located within the Blackburn Gardens. The library has an extensive collection of material concerning Indigenous heritage and culture and is a worthwhile point of interest along the harbour walk.

At low tide, the walk from the Woollahra Library can divert along the sands of Seven Shillings Beach and return to New South Head Road via the public stairs and St Mervyns Avenue.

An interesting detour is to take Wunulla Road and head down to Woollahra Point, an important vantage point and fishing spot for the Eora people.

Towards the end of the harbour walk, take the steps from the end of Wunulla Road down to Rose Bay Park. In Rose Bay Park there are various fig trees, all of which provided fruit for the Eora people, and remnant rainforest that in its untouched state, supported hundreds of species of animals and flora that were hunted and gathered by the people. The area still contains Swamp Oaks that were used by the Eora people to build shelters.

The walk ends at Lyne Park where it is possible to enjoy a variety of activities, including a picnic under the enormous Moreton Bay fig trees, fish or launch a boat. 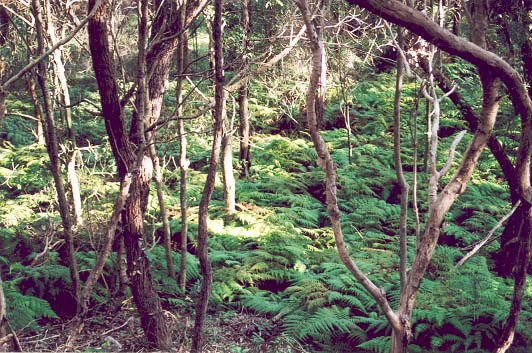 The walk from Rose Bay to Watsons Bay is the second in the Harbour Walk series. It offers the opportunity to explore rugged coastline and cliff faces, secluded bays and inlets and to observe many signs of the rich Indigenous history of the Woollahra Municipal area.

The walk begins at Lyne Park and Tingira Reserve. From here follow the path that leads along the Hermitage Foreshore Scenic Walk.

Passing Hermit Bay, you can see the small rocky outcrops that were perfect vantage points for spearfishing, and the rich beds of harbour oysters and mussels that provided food for various people for thousands of years.

As the walk moves slightly back from the shoreline, the environment changes quite dramatically. Dense undergrowth of casuarina groves, bracken ferns and fan palms crowd the winding path, and the walker can spot flora that the Cadigal manipulated for a myriad purposes - bracken ferns that were bruised and made into an antiseptic poultice for bites and wounds; palm fans that were knitted together for shelter and receptacles and many nectar- bearing shrubs and trees that provided rich food sources. 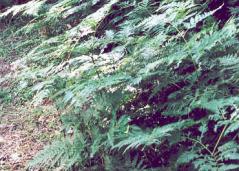 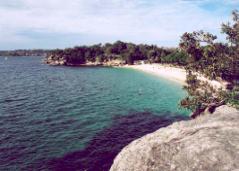 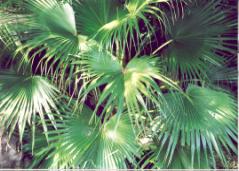 The Nielsen Park area - Sydney Harbour National Park - contains rich evidence of Aboriginal culture. In this small area, nestled among some of Sydney's wealthiest properties, are extraordinary examples of Indigenous craftsmanship and ceremony.

Rock engravings are common and while many of the engravings of marine animals such as fish, sharks and whales are thousands of years old, there is one engraving that lends itself to date tracking perhaps more successfully than any other. It depicts one of the earliest meetings of Europeans and Aboriginal people - an engraving of a sailing ship with figures alongside.

For an extended walk, follow Coolong Road from Nielsen Park around Vaucluse Bay and Parsley Bay. Many rock outcrops and shelters are in this area and from shell middens, engravings and mineral deposits we have evidence that the Eora lived in many of them.

Although land was taken and divided up among European settlers in the Vaucluse area, it is believed that Aboriginals lived in the caves of Gibsons Beach and Watsons Bay until the 1880s.

The walk from Rose Bay to Watsons Bay ends at Camp Cove. The Eora people were described by William Bradley, First Lieutenant of the 'Sirius' in his journal on Monday January 28, 1788:
"In the course of the forenoon we went to a cove within the Inner South Head (Camp Cove) where we were cordially received by three men, who left their women sitting in a canoe at the other end of the beach."

"We made a fire onshore and dined in the boats, while our people were cooking the dinner, looking at the boat, manner of cooking etc, and were without any weapons the whole time, they laid their spears down on the sand between the women and the place they met us; when we left them and rowing toward the point where the women were, they got out of the Canoes and ran into the woods, the men followed us along the shore." 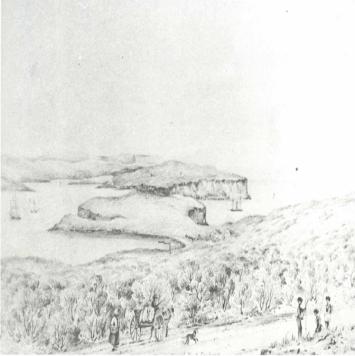 The third walk in the Harbour Walk series is the Christison Park to Inner South Head Walk (PDF file, 244.6 kb).